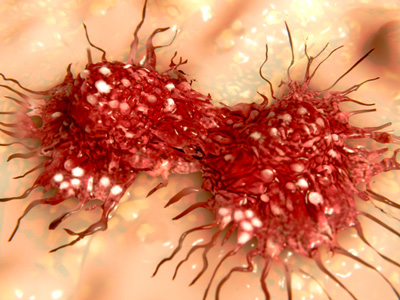 A new study from scientists at The Scripps Research Institute (TSRI) helps explain why cancer metastasis is so hard to stop.

The researchers said the findings highlight the urgent need for new methods to diagnose cancers early and new treatments to fight growing metastases.

The researchers found an additional mechanism explaining how a molecule long linked to cancer progression appears to “seed” the body with metastatic cells long before doctors would typically detect a primary tumour. The molecule, known as epidermal growth factor receptor (EGFR), encourages blood vessel growth early in tumour development – not only feeding the primary tumour, but also providing vehicles for cancer to escape the primary tumour site and travel throughout the body.

“When cancer cells have high levels of EGFR, the tumour has a lot of new, angiogenic blood vessels,” said TSRI Assistant Professor Elena Deryugina. “And these vessels are very welcoming for tumour cells and facilitate their dissemination from the very early stages of tumour development.”

“When we downregulated EGFR so it wasn’t expressed anymore, the tumour cells were not able to disseminate efficiently,” said TSRI Research Associate Petra Minder. “This gave us a hint that EGFR plays a role in intravasation – we were just not sure how.”

The new study shows how EGFR levels make a difference. In experiments using chick embryos, the researchers found that EGFR signalling starts a chain reaction inside tumour cells, ultimately resulting in the release of a molecule called vascular endothelial growth factor (VEGF), known to be active in almost all forms of solid tumours. Released VEGF then binds to endothelial cells, inducing the growth of new blood capillaries and vessels within a developing tumour.

For many years, scientists had seen small blood vessels growing in early-stage tumours, but it was thought these vessels were mostly for supplying tumours with oxygen and nutrients.

“Now we have learned that these newly formed vessels are used by tumour cells for dissemination because of their certain structural properties,” added Deryugina.

The new study shows that these vessels are actually useful for tumours because they are dilated and unusually permeable. Tumour cells can slip into the vessels, escape the primary tumour site and lodge throughout the body. Escaped cells often lie dormant or grow very slowly, not appearing as metastases until after the primary tumour is detected.

The results could also explain why EGFR-inhibiting drugs have had limited success in human patients. While these drugs target EGFR’s effects in primary tumour growth, they don’t address EGFR’s role in blood vessel growth and early metastatic seeding.