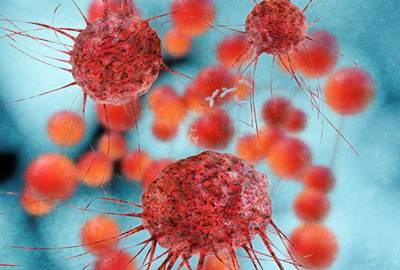 Morphotek has entered into an agreement with the Targeted Alpha Therapy Group (TAT Group) at the University of Gothenburg to collaborate on the research and development of farletuzumab.

Morphotek and the TAT Group will investigate farletuzumab as an alpha therapy vector for radioimmunotherapy in ovarian cancer.

Farletuzumab is an investigational humanised monoclonal antibody (mAb) that binds to folate receptor alpha, a protein which is highly expressed in ovarian carcinoma but largely absent from normal tissue. In radioimmunotherapy, mAbs are attached to radioisotopes that may potentially deliver highly cytotoxic radiation in a targeted and more direct way to relevant cancer cells.  The use of alpha emitters, in contrast to beta emitters, may potentially allow for the killing of only targeted cells binding with the vector due to the short alpha particle track.

This collaboration will initially investigate the use of farletuzumab as an alpha therapy vector in preclinical laboratory studies, followed by the overall objective, which is to investigate in clinical trials the safety and efficacy of alpha-radiolabelled farletuzumab in women who enter remission upon completion of first-line treatment.

“We are excited to enter this collaboration with the TAT Group in this innovative field of radioimmunotherapy research,” stated Charles Schweizer, PhD, Vice President of Clinical Operations at Morphotek. “We continue our commitment to explore product development strategies that may potentially generate clinically meaningful improvements over current treatment options for ovarian cancer patients. This alpha-radiolabelled version of farletuzumab complements our current strategy of treating patients with relapsed, platinum-sensitive ovarian cancer with low CA125.”

Farletuzumab is currently being tested in a clinical study in first-relapsed, platinum-sensitive ovarian cancer patients with low CA125 levels. The study is designed to prospectively evaluate the clinical effects observed in the previously conducted Phase 3 trial in the pre-specified subset of patients treated with farletuzumab exhibiting low CA125 levels.