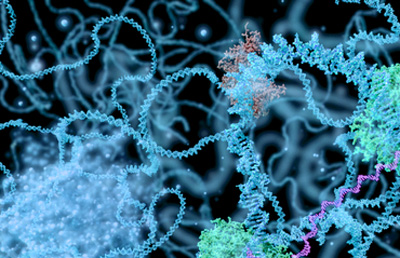 Researchers from the University of York have unveiled the 3-D structure of human heparanase.

Heparanse is a sugar-degrading enzyme which has received significant attention as a key target in anti-cancer treatments.

Though naturally regulated in a healthy organism, heparanase is an enzyme which is produced in excessive quantities in a cancer situation. The sugar-degrading activity of this excess enzyme leads to exaggerated degradation of the sugars in the extracellular ‘matrix’, making it easier for cancer cells to proliferate.

This is one of many biological processes involved in tumour cell metastasis but its importance as a therapeutic target has led to the development of a number of anti-heparanase compounds, which are now at advanced clinical trial stage.

The knowledge of the 3-D structure of this enzyme identified by the team from the Structural Biology Laboratory (YSBL) in the Department of Chemistry at York, will boost work on understanding and targeting the enzyme worldwide.

The York scientists say that knowledge of the structure will enable a more rational approach to drug design. It will improve scientists’ ability to predict and design chemicals that will bind to the enzyme to obtain more specific and effective anti-heparanase compounds.

Professor Gideon Davies, one of the authors of the study, said: “The 3-D structure of human heparanase will allow the design and application of novel therapeutic agents based upon the intimate details of its structure. All groups worldwide will now be able to benefit from understanding of its 3-D shape and interaction with sugars.”