Presence of protein aggregates as important as form in cell death 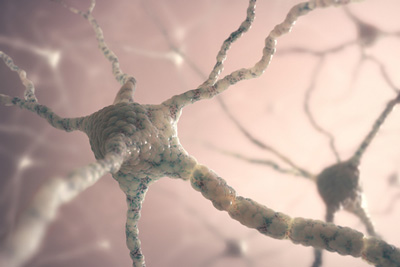 Scientists from Trinity College Dublin have shown that the mere presence of protein aggregates may be as important as their form and identity in inducing cell death in brain tissue.

For over a decade, much research has focused on determining which form of protein aggregate is the most important in mediating cell degeneration (‘small oligomers’ or ‘mature amyloid fibrils’) in neurodegenerative diseases such as Alzheimer’s disease and Parkinson’s disease.

The team adopted a “neutral territory” approach by comparing the effects of these two forms of a non-disease-related protein. They made their comparisons in cells and animal models, and via experiments that studied electrical ‘brainwave’ responses in these cells. They showed that both forms killed cells and impacted on potential memory processes in a similar way to specific proteins such as beta amyloid (Alzheimer’s), alpha-synuclein (Parkinson’s), huntingtin (Huntington’s) and prions (Creutzfeld Jakob) – despite the protein aggregates coming from a non-harmful hen egg protein called lysozyme.

Both forms of protein aggregates are ‘clearly toxic’

Associate Professor in Biochemistry at Trinity, Dr Kenneth Hun Mok, led the study. Dr Mok said: “It is really surprising that both forms of the protein aggregates operated in a similar way to the neurodegenerative-disease-related proteins. Their toxic effects, which included cell death, came about via different mechanisms, but the big news here is that the mere presence of these protein aggregates seems to endow them with the properties that are so damaging to brain cells – it is a surprise that a non-harmful protein like lysozyme can have such an effect.

“In addition, we have shown that – rather than one or the other – both the oligomeric and mature fibril forms are clearly toxic, providing an answer to a topic that had been debated for many years. Scientists all across the world, including many here at Trinity, are tirelessly working to develop drug candidates that will prevent such protein aggregation from occurring. It is hoped that preventing or reversing this process will turn the tide in the fight against these debilitating neurodegenerative diseases.”