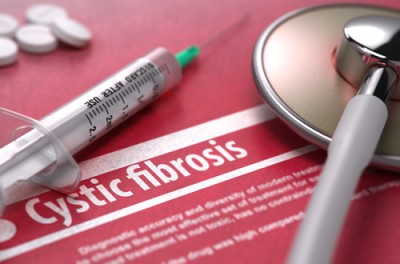 Alveolar macrophages are the body’s first line of defense, and in healthy people these cells work to flush inhaled pathogens out of the airways. But, because in CF patients airway dehydration leads to mucus obstruction and persistent bacterial infection, the macrophages’ heightened response to such pathogens causes a “snowball effect,” resulting in hyper-inflammation, over-production of mucus, and chronic infection.

Carla Ribeiro PhD, associate professor of medicine, and her colleagues at the University of North Carolina Marsico Lung Institute/Cystic Fibrosis Research Centre showed that CF alveolar macrophages are key contributors to the inflammation of CF airways, and that the overabundance of a protein called XBP-1 in these cells mediates their inflammatory effect.

They then over-expressed the activated XBP-1 protein in normal macrophages and reproduced the hyper-inflammatory phenotype found in CF macrophages. In contrast, decreasing the XBP-1 levels blunted the inflammatory response. These findings led the researchers to surmise that the XBP-1 pathway was implicated in the hyper-inflammatory response of CF alveolar macrophages. Because inhibition of CFTR function did not elicit a CF-like response in the macrophages harvested from healthy lungs, the research indicated that this particular immune response was not directly due to the CFTR mutation but was, instead, acquired.

Findings could have implications in different airway diseases

“Our work has shown that the alveolar macrophage plays a key role in the pathogenesis of CF airway inflammation,” Ribeiro said. “And that activation of XBP-1 mediates the secretion of inflammatory factors by alveolar macrophages. This is all helping to make a stronger case for why this pathway may be an important target for therapy.”

Ribeiro added that this work could have implications in airway diseases beyond CF, including COPD and asthma.