FGF21 discovery could lead to new treatments for type 2 diabetes 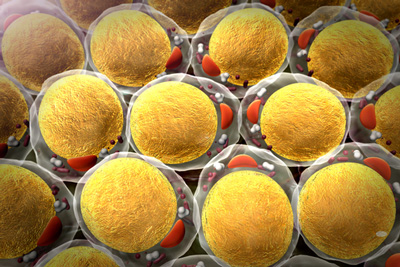 The discovery could lead to improved treatments for type 2 diabetes and other obesity-related diseases.

“The protein FGF21 is an exciting potential therapeutic agent for the treatment of cardiovascular diseases and type 2 diabetes. This study provides breakthrough understanding mode of action of the protein,” says Stefan K. Nilsson, assistant professor at the Department of Medical Biosciences at Umeå University, who took part in the study as visiting scientist at the University Medical Centre in Hamburg.

The research results shows that a part of FGF21’s redistributing effect on fatty acids can be explained by the fat-splitting enzyme Lipoprotein lipase (LPL).

“LPLs have been of interest to researchers at Umeå University for 50 years, which makes it especially rewarding to have contributed to this study,” says Stefan K. Nilsson.

The hope is that this research will lead to new therapeutic agents in the future. A drug that stimulates this pathway could be used to treat and reduce clinical manifestations of obesity-related health problems such as cardiovascular disease and type 2 diabetes.

In the study, the researchers also found that FGF21 changed the metabolic pattern in diabetic mice models and increased their metabolism of excess energy via brown adipose tissue.