Using a modified version of troponin C, researchers showed it can enhance or therapeutically preserve heart function and cardiovascular performance in mice… 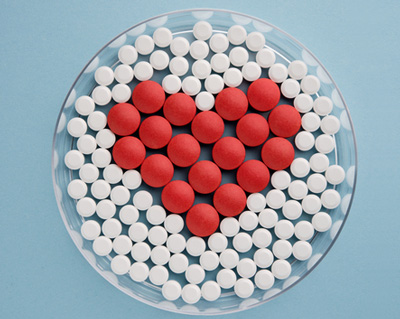 Scientists have engineered new calcium receptors for the heart to tune the strength of the heartbeat in an animal model.

The team, led by Jonathan Davis, an associate professor and biophysicist with The Ohio State University Davis Heart and Lung Research Institute, developed a protein engineering approach by tailoring the heart’s ability to respond to calcium, which is the signal for contraction. Using a modified version of troponin C (TnC L48Q), their study showed it can enhance or therapeutically preserve heart function and cardiovascular performance in mice without harmful effects commonly seen with other agents that increase heart muscle contraction.

“Essentially, it’s like adjusting a radio dial to tune in the music you want to hear. If you don’t adjust the radio, or receptor, the signal just passes by undetected,” Davis said. “When we modify, or tune the receptor, it’s able to get the right message to tell the heart muscle how hard to contract.”

Davis says most heart muscle diseases involve problems with contraction. Many strategies increase the calcium signal to improve heart contraction. However, they do so at the expense of other functions. This can cause negative side effects, such as arrhythmias and cell death, and ultimately increase mortality.

The team evaluated TnC L48Q in myocardial infarction. Compared to the infarcted control group, TnC L48Q mice had better heart function and cardiovascular performance. There were also no signs of congestive heart failure or increased mortality, both of which were observed in the control group.

When assessing the long-term effects and therapeutic potential of TnC L48Q, the researchers observed steady and significant improvement in heart function, cardiovascular performance, and significantly less detrimental remodeling compared to the control group. This resulted in better survival.

“It’s long been presumed that altering the receptor would be ineffective, that it was better to change the calcium signal. We’re seeing strong evidence that’s not the case. Changing the calcium receptor does have a significant and safer impact,” said Vikram Shettigar, lead author of the study.

The scientists report these results were achieved by replacing only a modest amount of the original TnC receptor through gene therapy. This makes it more likely that this strategy will be a viable and personalised treatment option in the future.

Moreover, Davis believes these findings could open the door for new treatments against cardiac diseases. In previous in vitro work, the team has customised several TnC receptors designed to combat various cardiac disorders. The team is also working on engineering other calcium receptors for a variety of diseases, such as high blood pressure and heart arrhythmias. For example, in ongoing animal model studies, Davis said there is early indication that a universal receptor, calmodulin, can also be tuned with no adverse effect.