The discovery, made by scientists at The Scripps Research Institute, may provide a target for new therapies for bipolar disorder… 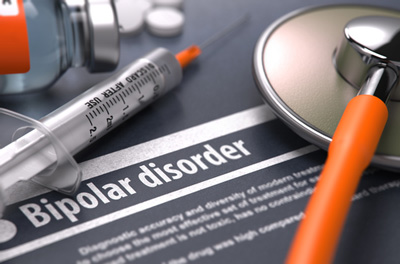 A study by scientists from The Scripps Research Institute (TSRI) has identified specific genetic variations closely associated with increased susceptibility to bipolar disorder and other conditions.

The discovery may provide a target for new therapies.

In the study, the researchers focused on a gene known as PDE10A, one of the many genes that has been linked to bipolar disorder, and the proteins this gene produces. These proteins help regulate intracellular levels of a messenger molecule called cAMP (cyclic adenosine monophosphate), which is involved in a variety of biological processes including learning and memory.

“We began with the idea that behavioural changes in bipolar subjects might be due to these genetic variations in the cAMP messenger pathway,” explained Ron Davis, chair of TSRI’s Department of Neuroscience. “We did find that this was the case and, indeed, that these variations were in one specific gene for the cAMP messenger pathway called PDE10A. The variations that we found in the gene may alter the function of one form of PDE10A and lead to susceptibility to bipolar disorder.”

Understanding PDE10A10 may lead to medications to treat neurons

“The PDE10A19 protein is interesting because we previously didn’t know it even existed in the human brain and because it’s found only in other primates – not mice or rats,” said Research Assistant Courtney MacMullen. “Once we understand how this protein helps neurons remain healthy, we might be able to develop medications to treat neurons when they function abnormally, such as in patients with bipolar disorder and schizophrenia.”

The results suggested abnormal variations in PDE10A19 might alter cAMP signalling by interacting with another protein known as PDE10A2, restricting its activity and disrupting the entire process.

Davis said that the complexity of gene expression in the human brain is greatly underestimated, and that future neurogenetic studies ought to begin with a deep study of each gene’s ability to code for proteins to avoid false conclusions, particularly when it comes to the development of potential therapies.

“We need to know much more about this large family of enzymes and the roles they play in disorders like bipolar disorder,” he said.