A step towards the male contraceptive pill 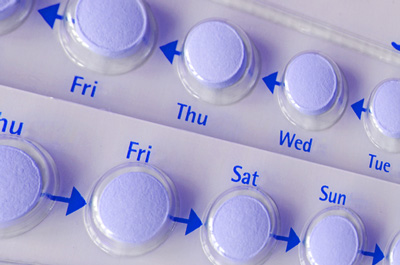 Women can choose from a wide selection of birth control methods, including numerous oral contraceptives, but there’s never been male contraceptive pill.

For many years, scientists have attempted to formulate a male contraceptive pill. Finally, a group of researchers has taken a step toward that goal by tweaking some experimental compounds that show promise.

One compound that’s been studied as a potential male contraceptive is testosterone.

“At certain doses it causes infertility,” says Jillian Kyzer, a graduate student working on the topic. “But at those doses, it doesn’t work for up to 20% of men, and it can cause side effects, including weight gain and a decrease in ‘good’ cholesterol.”

Bringing any male contraceptive to market requires it to satisfy several requirements, explains Kyzer’s team leader, Gunda I. Georg, Ph.D., who is based at the University of Minnesota College of Pharmacy. It would have to be soluble so it could be taken by mouth. It would start working fairly quickly, and it wouldn’t diminish libido. It would be safe even if taken for decades. And because some users would eventually want to have children, its impact on fertility would be reversible, with no lingering ill effects on sperm or embryos. “That’s a very high bar for bringing a male contraceptive to market,” Georg points out.

These hurdles have driven many investigators from the hunt, yet Georg’s team perseveres. “It would be wonderful to provide couples with a safe alternative because some women cannot take birth control pills,” she says.

Drug companies, including Bristol-Myers Squibb, have created some experimental male contraceptives, but these too have drawbacks, Kyzer says. For instance, one of the company’s test compounds is good at inhibiting fertility but isn’t very soluble, so it can’t be taken by mouth. “No one wants to inject themselves with a needle once a day or once a week for most of their lives,” she notes.

Another Bristol-Myers Squibb experimental compound can be taken orally but isn’t very selective in terms of its cellular targets in the body. That means the compound not only interacts with the retinoic acid receptor-α, which is involved in male fertility, but also with two other retinoic acid receptors that are unrelated to fertility. That flaw could cause side effects.

The team are creating numerous substances similar to BMS compounds

Kyzer and several of her colleagues are creating numerous substances that are similar in their chemical structure to the Bristol-Myers Squibb compounds. Although the optimal contraceptive for men remains elusive, Georg’s team has made some progress. For example, the researchers are gaining a better understanding of how tweaks to the chemical structure of their test compounds affect the substances’ cellular interactions in the body. One of those tweaks added a polar group to the molecule, which made the test compounds more soluble. Another tweak replaced an amide bond in the Bristol Myers Squibb compound with slightly different bonds that are known in the field of medicinal chemistry to mimic an amide bond. As intended, that change improved the test compounds’ stability, meaning they would last longer in the body. Unfortunately, both types of modifications also reduced the specificity of the compounds for the intended retinoic acid receptor-α target.

The group continues to refine the chemical structures to achieve the ultimate balance of solubility, specificity and stability as they aim to design a better male pill. They are now investigating hybrid compounds that incorporate scaffolds and structural features from several other compounds known to interact with the retinoic acid receptor.