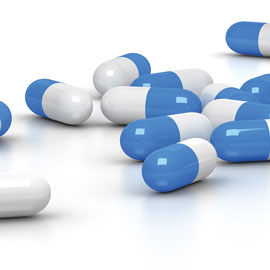 AstraZeneca and Amgen today announced that the Phase III AMAGINE-1TM study evaluating brodalumab in patients with moderate-to-severe plaque psoriasis met all primary and secondary endpoints for both evaluated doses. Brodalumab is the only investigational treatment in development that binds to the interleukin-17 (IL-17) receptor and inhibits inflammatory signaling by blocking the binding of several IL-17 ligands to the receptor. Primary endpoints were patients achieving at least a 75 percent improvement from baseline in disease severity at week 12, as measured by the Psoriasis Area Severity Index (PASI 75), and patients achieving clear or almost clear skin at week 12 according to the static Physician Global Assessment (sPGA 0 or 1).

“Data from the AMAGINE-1 study suggest that brodalumab may offer a new level of efficacy for patients with moderate-to-severe plaque psoriasis, a disease that affects more than 100 million people globally,” said Sean E. Harper, executive vice president of Research and Development at Amgen. “This is the first read-out from our Phase III psoriasis clinical programme and we look forward to obtaining additional Phase III data from our two head-to-head studies versus ustekinumab later this year.”

Psoriasis is a non-contagious chronic disease in which the immune system causes skin cells to grow at an accelerated rate. Instead of being shed, skin cells pile up, causing painful and itchy, red, scaly patches.

“Moderate-to-severe plaque psoriasis is a serious disease, and despite available treatments, there is still a significant need for more effective therapies,” said Briggs Morrison, executive vice president of Global Medicines Development at AstraZeneca. “We are encouraged by brodalumab’s emerging profile and look forward to presenting the full data in the appropriate scientific forum.”