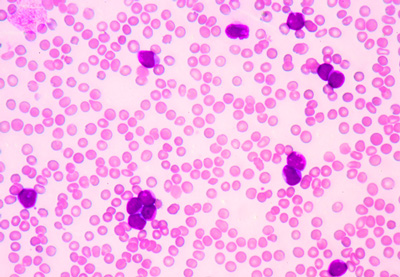 Scientists from Cincinnati Children’s Hospital Medical Centre developed the model and have already used it to gain important new insights into the genetic mechanisms underlying the disease and to identify promising drug targets.

“Our goal was to create a model that was faithful to the human form of the disease that can be used for preclinical testing of potential cures,” says H. Leighton Grimes, PhD, professor in the Division of Immunobiology at Cincinnati Children’s.

In the past, researchers working to understand this particular type of AML have been stymied by the lack of a mouse model that accurately replicates the human form of the disease. As a result, unanswered questions remain about the mechanisms of the disease and few treatments are available.

“Previous models were slow, difficult to analyse, and did not accurately represent the human disease,” says Grimes. “This model is rapid, fully penetrant, and completely spontaneous. We hope that it will open the way for other researchers to join us in attacking this particularly lethal AML subtype.”

Acute myeloid leukaemia (AML) is a cancer of the blood system that affects both adults and children. About half of all AML cases are classified as cytogenically normal, which means they are caused by subtle DNA sequence mutations in genes. Of those cases, about 20% involve changes in the genes Dnmt3a and Flt3 that lead to the deregulated expression of other genes that are normally switched off during blood cell development.

Patients diagnosed with mutations in both of these genes face a particularly poor prognosis, with a more aggressive form of the disease and a significantly higher likelihood of relapse after remission.

The researchers say they were able to look at the disease in a new way with the help of a powerful new core facility utilising analytical tools related to single-cell RNA sequencing. Typical genetic analyses look at bulk cell populations, and those bulk analyses can hide rarer cell types. Single-cell methods permit the detailed analysis of those rare cell types, allowing the research team to better understand their functions and to identify unique elements of the tumour cells that may be therapeutic targets. The team used complementary single-cell analyses to quickly identify the core leukaemia-causing stem cells of the tumour that divide abnormally and crowd out the healthy blood and immune cells.

“Before, researchers were comparing the gene expression patterns of one AML subtype to either normal cells or other AML subtypes,” says lead author Sara Meyer, PhD, a postdoctoral fellow in the Grimes Laboratory. “That approach made it difficult to tease out the specific impact of Dnmt3a mutation. Instead, we isolated the variables and studied only human and murine AML with Flt3 mutation. Comparing Flt3-mutant AML with and without Dnmt3a mutation allowed us to more finely identify those patterns that were specific to the Dnmt3a mutation.”

With that more detailed understanding, the researchers gained new insights into the contributions of the Dnmt3a mutation to the disease. First, their work confirms suspicions that low level Dnmt3a activity is cancer causing. Moreover, they discovered that reduced Dnmt3a function allows genes that are normally expressed only at early development stages of blood cell formation to continue expression at later stages, leading to the development of AML.

The authors also found that in mouse tumour cells, rescuing expression of Dnmt3a reversed the leukaemia phenotypes and gene expression. Thus, more research is warranted to determine if rescuing normal levels of Dnmt3a function is a viable therapeutic avenue in treating human AML