Posted: 4 May 2016 | Victoria White, Digital Content Producer | No comments yet

Researchers have identified a metabolite of ketamine, hydroxynorketamine, that quickly reverses depression in mice, but without ketamine’s side effects… 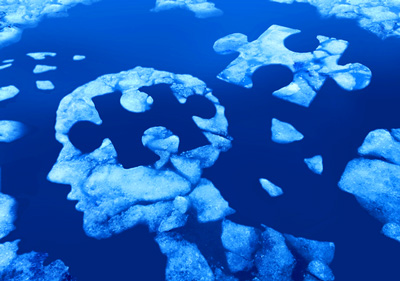 Researchers have identified a metabolite of ketamine that quickly reverses depression in mice, but without ketamine’s side effects.

“This is potentially a major breakthrough,” said Todd Gould, a researcher in the Department of Psychiatry at the University of Maryland School of Medicine. “It could allow depressed patients to get the rapid benefits of ketamine, while at the same time avoiding the risks.”

Most people with depression take medications that increase levels of the neurochemicals serotonin or norepinephrine in the brain. The most common of these drugs, such as Prozac and Lexapro, are selective serotonin reuptake inhibitors, or SSRIs. But SSRIs are effective in only half of patients with depression, and even when these drugs work, they typically take between three and eight weeks to relieve symptoms. Ketamine, which does not work via serotonin or norepinephrine, can lift depression much more quickly, within hours after administration.

Reverse-engineering ketamine to get rid of side effects

The drug, which is approved as an anaesthetic, has major side effects – it is linked to hallucinations and dissociation – and for these reasons is abused as a club drug. Not surprisingly, this limits its use in the treatment of depression. The researchers solved this issue by reverse-engineering the drug. Using mice, the researchers tested the effects of several ketamine metabolites, chemicals produced by the breakdown of ketamine. They eventually focused on one called hydroxynorketamine, a compound that had been thought to have no psychoactive effects. In mice, blocking the transformation of ketamine to hydroxynorketamine prevented ketamine’s antidepressant actions. Hydroxynorketamine itself also showed antidepressant effects, and none of ketamine’s side effects.

“This discovery fundamentally changes our understanding of how this rapid antidepressant mechanism works, and holds promise for development of more robust and safer treatments,” said Carlos Zarate, of NIH National Institute of Mental Health, a pioneer of research using ketamine to treat depression. “By using a team approach, researchers were able to reverse-engineer ketamine from the clinic to the lab to pinpoint what makes it so unique.”

Gould and his colleagues at NIH are already planning to begin testing hydroxynorketamine for its safety in humans. But he points out that the compound has, in effect, already been in humans in years as a metabolite following ketamine administration. “This gives us confidence it will be safe,” said Gould.