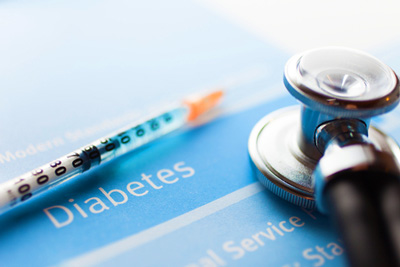 People with type 2 diabetes could be helped by the discovery of a gene linked to leanness, according to a new study led by the Universities of Edinburgh and Ljubljana.

A drug that affects the activity of the gene has been shown to reduce the symptoms of type 2 diabetes in obese mice. The treatment improved sensitivity to insulin and could also help obese people reduce their risk of developing type 2 diabetes.

The scientists were looking for genes linked to fatness. These genes might explain why some people seem predisposed to staying lean while others eating a similar diet are more likely to put on weight.

The team studied mice that had been bred over many generations to be extremely lean or extremely overweight. They found that fat tissues from the skinniest mice had high levels of a protein called TST. This protein – produced by the gene of the same name – helps to detoxify harmful waste products that accumulate inside fat cells from a high calorie diet.

Researchers then bred another strain of mice which produced high levels of TST in their fat cells. These mice were able to resist weight gain and diabetes even when fed a high calorie diet.

The team gave obese mice with diabetes a drug that activates TST. They found it had no effect on weight loss but helped to lessen the severity of diabetes in the mice.

TST was discovered more than 80 years ago as part of the human body’s natural protection from the poison cyanide. Thiosulphate is already used as an antidote for cyanide poisoning in people. Researchers say the therapy would have to be further developed before it could be used as a diabetes treatment.

Professor Simon Horvat, University of Ljubljana, commented: “For the last two decades, the field of obesity genetics has been successful in identifying genes linked to rare inherited types of obesity. These genes are mostly associated with the brain and have effects on appetite and energy balance.

“By focusing on obesity resistance rather than susceptibility, we have identified a more common genetic trait linked to leanness. Our findings highlight the importance of the fat tissue in peripheral control of body weight and metabolism.”