Methanobactin – an agent against Wilson’s disease

In an experimental model of Wilson’s disease, the peptide, called methanobactin, has already proven superior to conventional medicines… 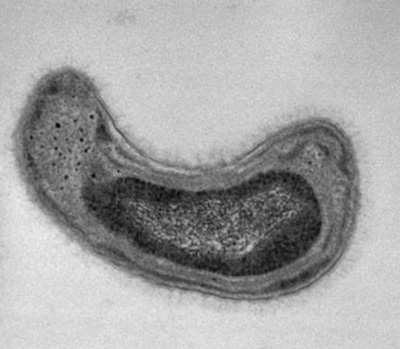 Scientists at the Helmholtz Zentrum München have described a small peptide that could be suitable for treating Wilson’s disease.

The peptide very efficiently binds excess copper from liver cells. In an experimental model of the disease it has already proven superior to conventional medicines.

In Wilson’s disease, also known as hepatolenticular degeneration, the body is no longer able to excrete excess copper ingested from food into the intestines via the bile. Instead, the copper is stored in the liver and other organs, where it can cause severe damage. Doctors employ medicines called chelators that bind the surplus copper. These life-long treatments must be taken several times a day, are repeatedly associated with undesired effects, and, particularly in the event of a late diagnosis of the disease, are often ineffective.

Researchers headed by PD Dr. Hans Zischka, head of the Oxidative Cell Death research group at the Institute of Molecular Toxicology and Pharmacology at the Helmholtz Zentrum München have now conducted a detailed examination of a bacterial agent that could improve the disease treatment. They looked to the bacterium Methylosinus trichosporium, which requires large quantities of copper due to its special methane metabolism. In order to acquire the necessary metal, it excretes the methanobactin molecule, which very efficiently binds copper.

In order to check if methanobactin is also suitable for binding copper from the body, the researchers used an in vivo model for the disease that had the same genetic defect as that found in humans.

“We were able to observe that even acute stages of Wilson’s disease reversed with methanobactin,” reports Josef Lichtmannegger. Further analyses showed that the improvement was due to a sharp decline in the copper quantities. Mitochondria greatly profited from the dropping copper levels and were able to resume their full function. Methanobactin hindered the death of liver cells and prevented liver failure.

The researchers then compared methanobactin to chelators. Unlike the chelators, methanobactin was able to eliminate the copper overload in the liver cells within a few days, even in stages of severe damage, and prevent organ failure. The agent was also very well tolerated in the model.

“We hope that our work will make it possible to improve the treatment of Wilson disease and reduce the number of liver transplants,” states Zischka.