Professor Andrew Tobin makes the case for staying in the EU 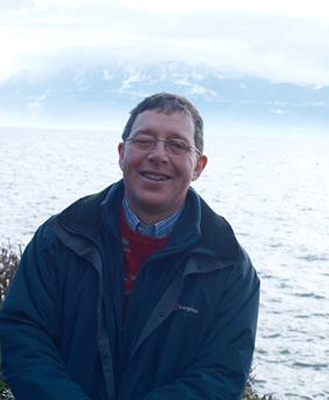 Professor Andrew Tobin from the University of Leicester has discussed how remaining in the EU can help address some of the largest biomedical challenges.

He says that the UK medical sciences may have to ‘scale back its ambition’ if Britain leaves the European Union. Professor Tobin adds that leaving the EU could also make it more difficult to address some of the greatest biomedical challenges, such as a global increase in dementia and infectious diseases.

In an article for Think: Leicester, Professor Andrew Tobin from the University of Leicester’s Department of Molecular and Cell Biology outlines some of the challenges the sector could face if the UK votes to leave during the referendum on Thursday 23 June.

Professor Tobin said: “There are obvious benefits to UK medical sciences of being part of the European Union not least the opportunity to bid for multi-million Euro collaborative grants through the European Research Council and a framework that allows for extensive collaboration across European laboratories. But there is much more.”

A “culture of collaboration”

Professor Tobin contibued: “Addressing the very largest biomedical questions facing the world today, including the startling rise in dementia and the increasing burden of infectious diseases such as malaria, requires bringing the most advanced technologies together with the world’s best minds and innovative approaches. UK universities and research institutes have led the world in promoting open collaboration where nationality holds no barriers – essentially the UK proclaims that science has no borders.

“Being an integral part of the European Union is completely consistent with this approach. By removing the restrictions otherwise placed on the movement of researchers, ideas and technologies the European Union is an ideal environment not only for the continued success of UK science but importantly puts in place the framework that allows us as to address the biggest questions in medical science.

“My laboratory would certainly be far less competitive and have to scale back our ambition if we were to become isolated from the European Union. It is not just about the funding – it is progress that comes from the culture of collaboration and co-operation that lies at the heart of my opinion that the UK biomedical community is best placed within the European Union.”