Shedding light on the role of the immune system in schizophrenia 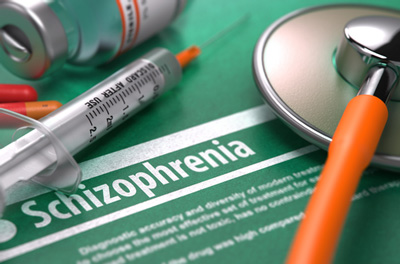 Researchers from the University of Toronto and Lancaster University have shed light on the role of the immune system in schizophrenia.

Schizophrenia is one of the most common serious mental health conditions. According to the NHS, about 1 in 100 people will experience schizophrenia in their lifetime. It had been suspected that the illness was an autoimmune disorder but the scientists have found strong evidence that schizophrenia is different.

Using data from the largest ever genetic study of schizophrenia, they tested the idea that genetic variants influencing immune function contribute to the disease but they found that the pattern in the condition is not the same as in classic autoimmune disorders.

Among 108 regions of the genome previously linked to the schizophrenia, they found only six which act on both the immune system and the brain.

Dr Jennie Pouget, University of Toronto, explained more: “This doesn’t mean that the immune system isn’t involved at all but it could be involved in a completely different way.”

People with the condition show hallmarks of immune diseases such as prior infection and inflammation, supporting the idea that immune disturbances may play a role by disrupting the brain. However, it is not clear if these immune disturbances are a cause or a consequence of the illness and they themselves could be caused by a combination of genetic and environmental risk factors.

Dr Jo Knight of Lancaster University said that the illness was also influenced by the environment: “For example, we know that schizophrenia is more likely if someone has had a severe infection requiring hospitalisation.

“This means that the involvement of the immune system could be environmental, like being exposed to a virus as a foetus in the womb.”

The researchers conclude that schizophrenia does not appear to be an autoimmune disease and that the illness could be caused by environmental risk factors which activate the immune response, like infections or stress ,although further research is needed.