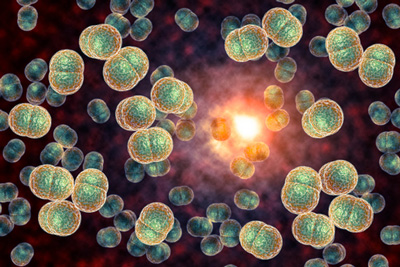 Institut Pasteur and Myriad RBM, a wholly-owned subsidiary of Myriad Genetics, Inc., today announced they have published an initial data analysis from the landmark Milieu Interieur Project in the journal Immunity, which provided new insights into the healthy human immune response. The Milieu Interieur project (www.milieuinterieur.fr/en) is a population-based study supported by the French National Ministry of Research and coordinated by the Institut Pasteur, Paris that will characterize the immune phenotypes of 1,000 healthy subjects. The results could lead to the development of novel diagnostics and companion diagnostics.

In the paper titled, “Functional Analysis using Standardized Whole Blood Stimulation Systems Defines the Boundaries of a Healthy Immune Response to Complex Stimuli,” the authors describe the use of Myriad RBM’s TruCulture® technology, a proprietary blood collection and culturing system, to characterize individual immune responses of 25 healthy people to medically relevant stimuli. Unlike the current laboratory-based methods, TruCulture is deployed at the site of collection and therefore avoids variability from shipping and complex processing as well as the expense of a cell culture facility and staff. The results in the Immunity paper show that TruCulture stimulations are reproducible, with close correspondence in repeated tests from the same subject.

“The immune system is highly complex and is responsible for maintaining healthy conditions in the body. Understanding responses to stimuli is critical to understanding the origins and progression of infection, autoimmunity and cancer,” said Matthew Albert, co-coordinator of Milieu Interieur and director of the Immunology Department at Institut Pasteur. “As a clinical pathologist and immunologist, I believe it is important to have immune monitoring tools that reliably measure inflammatory responses and TruCulture performed exceedingly well.

Our findings will lead to additional studies and possibly new diagnostic tests for inflammatory, autoimmune, oncological, and infectious diseases, as well as companion diagnostics for therapeutics.”

In this study, the 27 immune system stimulants were incorporated into TruCulture to determine how healthy subjects’ immune systems would respond to bacteria, fungi, viruses, therapeutics and vaccines. Immune responses were measured using protein biomarkers from Myriad RBM’s MAP (Multi-Analyte Profiling) platform. Analysis of the data reveal a unique pattern of immune system responses for each stimulant tested that can be further studied and used to define genetic and/or environmental causes of natural or disease-induced variations in the human immune system. For example, the researchers reported that two of the first 25 subjects evaluated were unable to produce the cytokine interleukin one alpha (IL-1α) – a protein associated with immune and inflammatory response – in response to any of the stimuli evaluated. These types of insights may help explain susceptibility to a specific disease or predict response to immune-modulating therapies.

“The TruCulture system reliably profiles the complexity of the immune system in a simple blood collection and culture tube. We believe it will usher in a new era for monitoring the immune response,” said Ralph McDade, president of Myriad RBM. “We are actively pursuing several research collaborations to develop TruCulture as a novel diagnostic in cancer immunotherapy, autoimmune disorders and vaccine response.”