HSRx expects to begin human trials early in 2017 and will seek accelerated drug approval from the U.S. Food & Drug Administration… 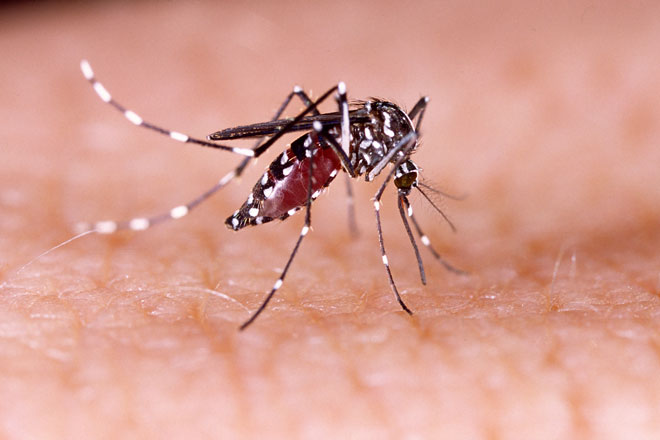 HSRx expects to begin human trials early in 2017 and will seek accelerated drug approval from the US Food & Drug Administration.

Screening studies conducted by SRI International in their Shenandoah Valley facilities confirmed the effectiveness of HSRx 431 against the Zika virus. Previously conducted in vivo studies demonstrated the drug candidate’s safety and effectiveness against dengue and chikungunya infections. Additional studies on HSRx 431 for Zika will be conducted in parallel by SRI International. Concurrently, the development of clinical protocols and FDA registration will be completed for Zika human safety trials.

Zika virus disease, for which the World Health Organization reports there is no vaccine or drug treatment, is transmitted primarily by Aedes aegypti mosquitoes, which are present in the Americas, Africa, the Caribbean, Asia and the Pacific.

Florida, with hundreds of Zika cases, and Puerto Rico, with 5,000, are especially vulnerable. The US Centers for Disease Control (CDC) advises that the Aedes mosquito is present in some 30 states, and Anthony Fauci, MD, director of the U.S. National Institute of Allergy and Infectious Diseases (NIAID), notes that 25% of Puerto Rico’s population of 3.55 million can be expected to contract Zika over the next year.

HSRx Director of Biology Joshua Costin, PhD, a virologist, said HSRx 431 is designed to meet that need, which, he notes, “is timely for an additional reason: Any Zika vaccine approval could be complicated and delayed if new research findings on the Zika/dengue virus connection prove accurate.”

Dr Fauci has said, “The earliest we’ll have a vaccine, at best if everything works, will be some time in 2018.”

The CDC advises that more than a third of the world’s population lives in areas at risk for dengue, and 400 million additional people are infected annually. Dengue is endemic in Puerto Rico, Latin America, Southeast Asia, the Pacific Islands, the Caribbean Islands, and like Zika, is expected soon to cause widespread infection in the US.

HSRx CEO Thomas Sullivan Jr, explained, “We patented HSRx 431 alone and in combination with oseltamivir (tamiflu) and other antivirals, enabling it to become the broad spectrum antiviral drug of choice for the early treatment and prevention of a wide variety of viral infections, including Zika, dengue, chikungunya and influenza, without the need to identify the causative agent. The CDC advises that ‘millions of people are sickened, hundreds of thousands are hospitalized and tens of thousands of people die from flu every year in the US. Combining HSRx 431 and Oseltamivir will produce a globally needed, orally-delivered, broad-spectrum antiviral drug with long shelf life and long patent life.”