Through a process involving vitamin A, researchers from Imperial College London observed that it was possible to switch off pancreatic stellate cells… 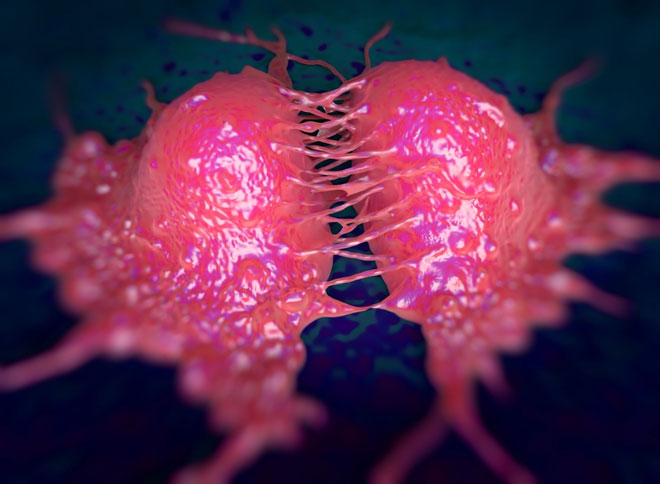 Pancreatic ductal adenocarcinoma (PDAC), the most common type of malignancy of the pancreas, is extremely aggressive and very difficult to treat but now scientists suggest vitamin A may have a role to play in tackling the commonest form of pancreatic cancer.

In a new study, researchers from Imperial College London observed that it was possible to switch off pancreatic stellate cells (cells in the immediate tumour environment), potentially preventing the formation of the tissue around the tumour, through a process involving vitamin A.

In a healthy pancreas, stellate cells exist in a dormant state, storing abundant supplies of vitamin A. However, as PDAC progresses, these stellate cells are activated in response to signals from the tumour, and lose their vitamin A content.

Activated stellate cells form a dense connective tissue around the tumour, which is used by cancer cells to spread to other parts of the body. The tissue also limits the ability of cancer-fighting drugs to reach the tumour.

In a healthy body, vitamin A is converted into All-Trans-Retinoic Acid (ATRA), which helps regulate multiple functions including normal growth and development.  When the researchers induced this process in cells in the laboratory, ATRA switched off the forces that the stellate cells used to remodel their environment. This reduced fibrosis and also produced an environment where it would be more difficult for a pancreatic tumour to spread.

The researchers caution that the study only looked at the behaviour of cells in the laboratory and they do not have evidence that patients would benefit from taking supplements of vitamin A. Further testing is needed including clinical trials. However, they believe their new insights into the mechanisms of PDAC will help scientists to explore new possibilities for tackling the disease.

Dr Armando del Rio Hernandez, from the Department of Bioengineering at Imperial, said, “The survival rate of pancreatic cancer has remained relatively unchanged during the last 40 years, despite advances in conventional therapies targeting cancer cells. We’ve changed the focus from cancer cells to the cells that surround the tumour. We’ve combined traditional approaches to cancer biology with understanding the mechanics behind the progression of tumours. This could meet a pressing unmet clinical need in the UK and worldwide.”

Mr Antonios Chronopoulos, a postgraduate from the Department of Bioengineering at Imperial, added, “Other research groups in the past have explored the idea of destroying the fibrotic tissue and stellate cells altogether to weaken the tumour. Our approach is much more subtle. Instead of destroying them, we simply want to revert chronically activated stellate cells to a dormant state in an attempt to reduce fibrosis and reprogram the tumour microenvironment to a healthy state, thus suppressing the signals that spur cancer growth.”

The result from this study builds on work carried out by Dr del Rio Hernandez’s team. His group showed the effects of ATRA on the mechanical activation of a protein called transforming growth factor-B (TGF-B). This protein can contribute to fibrosis, inflammation, and proliferation of cancer cells and is normally stored in a latent form within the stroma. The team found ATRA also hampers the ability of pancreatic stellate cells to mechanically activate TGF-B in the stroma so that there is no fibrosis and inflammation, which could inhibit the cancer from spreading.

The research was funded by the European Research Council (ERC).