A simple set of alterations to a mouse’s living space, adding toys, caused dramatic changes to their T cells, making them a more protective inflammatory… 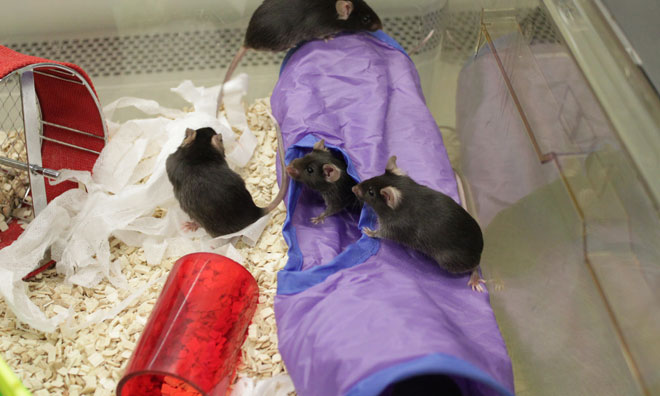 Mice that are given toys and placed in stimulating surroundings have healthier immune systems, according to a study by Queen Mary University of London (QMUL).

Little is known about the influence of environmental factors on the immune system, but factors such as pollution, location, psychological state and social status have been proposed as determinants in the development of human autoimmune disorders.

The research provides the first evidence that an enriched environment influences the function of T cells – a type of white blood cell that is essential for immunity, and involved in HIV, rheumatoid arthritis and other chronic diseases.

The study found that a simple set of alterations to a mouse’s living space for a brief period of time caused dramatic changes to their T cells which made them more prone to having a protective inflammatory effect. 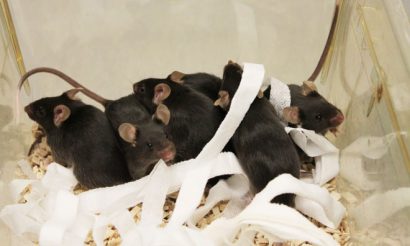 Mice were housed either in normal or ‘enriched’ environments for two weeks. The normal environment consisted of a standard mouse cage filled with sawdust and nesting material. To provide a richer, ‘multisensorial’ standard of living, the enriched environment had a wider cage with wood shavings and toys, including a coloured nest-box, fabric tube, running wheel and swing. 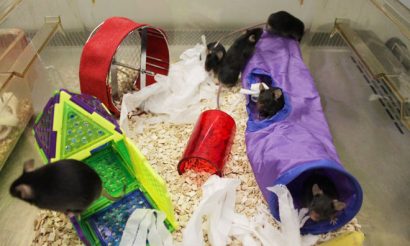 Lead research Professor Fulvio D’Acquisto said, “After only two weeks in an enriched environment with plenty of toys and space, the mice’s immune systems were completely different and seemed to be better prepared for fighting infections.”

“This effect is remarkable because we haven’t given them any drugs, all we’ve done is change their housing conditions. You could say that we’ve just put them in their equivalent of a holiday resort for two weeks and let them enjoy their new and stimulating surroundings.”

T cells were extracted from the mice and stimulated with an agent that mimics infection. T cells from mice living in the enriched environment showed a unique pattern in the release of certain signalling molecules that play a role in immunity. This included higher levels of Interleukin 10 and Interleukin 17, compared to mice in a normal environment, which would give a better response to infection.

The T cells also had a unique genetic fingerprint, with 56 genes that were boosted, many of which are involved in healing and fighting infections.

Professor Fulvio D’Acquisto added, “Although this clearly still needs to be tested in humans, it raises an interesting possibility. What if doctors were able to change a patient’s environment and prescribe a two week holiday? Or perhaps we could boost the effects of standard drug treatments that deal with the mechanics of infection, by also offering something environmental that improves a patient’s more general wellbeing.

“That might be a promising approach for treating chronic diseases.”

The study is limited in that the researchers have not investigated the occurrence of these cells in living mice with relevant diseases. They also only looked at one type of cell, and environment could have different effects on other cell types. Studies will need to be carried out in humans before conclusions are drawn on the effect of environment on human immunology.