A new biologic medication – the first for HIV – is showing promise in treating patients with multidrug resistance, according to phase 3 research… 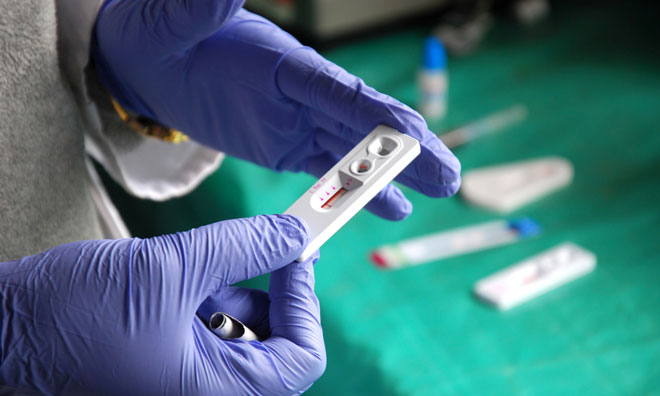 A new biologic medication – the first for HIV – is showing promise in treating patients with multidrug resistance, according to Phase 3 research being presented at IDWeek 2016.

Administered intravenously once every two weeks, ibalizumab is a biologic medication called a monoclonal antibody, a genetically engineered molecule that coats immune system cells to protect them from HIV entry. 83% of patients with multi-drug resistant HIV (MDR HIV) had a virologic response to the drug, according to the study.

When taken as directed, combination treatment called antiretroviral therapy (ART) is highly successful in combatting HIV. However, of the 1.2 million Americans who have HIV, about 10,000 have MDR HIV, meaning they’re resistant to all medications used to treat HIV.

“This is the first drug in a long time for patients with multidrug resistance,” said Jacob Lalezari, MD for Quest Research, a division of eStudySite. “This therapy showed good activity in patients who were resistant to everything else, which is very exciting for these vulnerable patients and those who care for them.”

He noted that ibalizumab is the first of what promises to be many long-acting anti-viral treatments. While most ART therapy is once a day, researchers are testing medications that are taken less frequently, which will make it easier for patients to take them as prescribed. During the control period at the beginning of the study before ibalizumab was added, only one patient had achieved a significant decrease in viral load on the existing ART regime. After one week, all patients continued with ibalizumab and began taking optimising HIV medications as part of the ART regimen. The combination therapy varied by patient.

“This drug benefits a small but challenging population of HIV patients who are highly treatment experienced,” said Daniel Kuritzkes, MD, chief of the Division of Infectious Diseases at Brigham and Women’s Hospital and professor of medicine at Harvard Medical School, Boston. “This will not be a first- or second-line therapy for those who are infected with HIV, but it may be helpful for certain patients.”

The bi-weekly regimen is beneficial for these patients, said Dr Lalezari. Some patients are infected with a multidrug resistant form of HIV, but most others develop resistance after periods of time when they are unable to take their ART medication as directed, he said.

Division of Infectious Diseases at Brigham and Women's Hospital, IDWeek 2016