Oxytocin, which is produced in the hypothalamus in the brain, has a number of important functions in the body of mammals… 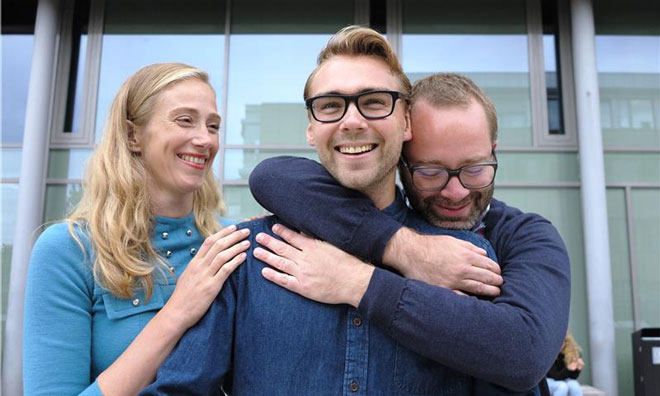 Scientists at the University of Oslo have discovered that the content of the ‘love hormone’ oxytocin in blood plasma and serum is about 100 times higher than previously thought.

Oxytocin, which is produced in the hypothalamus in the brain, has a number of important functions in the body of mammals. For example, when a woman is giving birth, oxytocin is released to help create a strong emotional bond between mother and child. Hospitals often inject oxytocin to induce labour or start lactation when necessary.

Previous studies of oxytocin deprived rats sparked interest amongst scientists – when the rat mother lacked the hormone, she would sometimes eat her own young, trials found. Psychologically, the drug is believed to increase empathy and attention towards social cues from others. A study at the University of Oslo in 2012 showed that nasal spray containing oxytocin improved our ability to interpret other people’s facial expressions.

“However, we don’t know if oxytocin is necessary for emotional connections between people, because it is not possible to block oxytocin in humans.”

“Therefore, it is very important to have precise methods for measuring the amounts of the substance in different individuals”, says Associate Professor Siri Leknes at the University of Oslo’s Department of Psychology. The molecular structure of oxytocin

“But it has been a big problem that we didn’t have a method for measuring the levels of oxytocin in a precise manner”, explains Associate Professor Steven Ray Wilson at the Department of Chemistry.

But now, the problem of measuring oxytocin is probably solved. A multidisciplinary research group with members from the Department of Chemistry and the Department of Psychology at the University of Oslo (UiO) has developed and documented a new measuring method, which is already being recognised as more precise than all older methods.

The new method has already been used to prove that the real content of oxytocin in blood plasma and serum in humans is approximately 100 times higher than previous methods suggested.

“Oxytocin is a peptide with a very special, double function. It acts as a neurotransmitter in the brain, which means that it transmits signals between nerve cells. Oxytocin in the brain is believed to cause such things as increased empathy. But when oxytocin is in the blood, it acts as a hormone that regulates bodily processes”, Leknes explains.

“But without precise methods for measuring, it has been difficult to know if there is a clear correlation between oxytocin levels in the blood and the brain. For example, oxytocin nasal spray or injections introduces the drug into the bloodstream, but how much of the substance is able to pass through the blood-brain barrier and affect the brain? We believe that our measurement method will help to provide new and more accurate answers about this”, Wilson adds.

The project was initiated by neuroscientist Siri Leknes, who has published many scientific articles on oxytocin but didn’t like that different methods gave different answers to how much oxytocin is contained in human blood. She contacted chemist Steven Ray Wilson, who specialises in measuring substances in the body. Red blood, white blood and plasma cells inside an artery

“We joined forces in order to develop a method that could provide accurate measurements of oxytocin, but this was more difficult than you might think. After much work, we found that oxytocin in the blood binds very strongly to several proteins, while only a small percentage is dissolved in blood plasma and serum. This means that most of the oxytocin molecules have been invisible to many measurement techniques”, says  Wilson.

The breakthrough came when PhD student Ole Kristian Brandtzæg at the Department of Chemistry, found a technique that could break the bond between proteins and oxytocin.

“Proteins consist of long molecular chains that are folded together in a special three-dimensional structure. Our technique is to “stretch out” the proteins, and this causes them to release the oxytocin, Brandtzæg explains.

“Thus, the total amount in the blood becomes available for analysis, and the amount of “love hormone” can be determined by using mass spectrometry. This technique makes it possible to determine exactly which substances, and the quantities of them, that exist in biological samples”, Brandtzæg adds.

“When we saw that the total amount of oxytocin in the blood is about 100 times higher than previously thought, it was like getting a small shock. This suggests that many previous findings should be reassessed”, implies Wilson.

The scientists are now wondering about the effects oxytocin might have when it is bound to proteins.

“We don’t know yet, but we sought advice from Knut Fredrik Seip at the University’s School of Pharmacy. We came to the conclusion that the best thing we could do was to measure the total amount of oxytocin. Not only the dissolved part”, says Wilson.