MRI use may “change the equation” for prostate cancer screening

Screening for prostate cancer is controversial. It can save lives, but it can also lead to unnecessary diagnoses, followed by surgical or radiation procedures, which themselves may lead to severe side-effects. 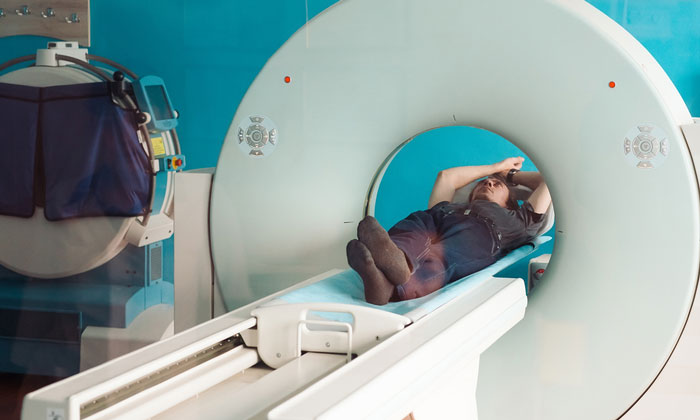 Now a new study, coming from the Dutch part of the European Randomised study for the Screening of Prostate Cancer (ERSPC) has found that MRI-based screening can reduce over diagnosis by 50% and reduce unnecessary biopsies by 70%, potentially changing the equation for prostate cancer screening. This work is the first to confirm that the use of MRI in a population-based screening setting may be viable.

Prostate cancer is the most common cancer in men worldwide; in Europe alone there are more than 100,000 prostate cancer deaths each year. Despite this, prostate cancer has a rather slow progression rate, needing several years before becoming threatening for a patient. Cancer screening can cut the deaths significantly, but the current prostate cancer screening  approach with repeated measurements of PSA (Prostate Specific Antigen) followed by a transrectal ultrasound-guided random prostate biopsy (TRUS-biopsy) does not give a satisfactory balance between lives saved and harm caused.

If a man has an elevated PSA level, the next step to determine whether he has prostate cancer is a TRUS-biopsy. This normally involves taking a series of 6 to 12 individual samples (“core samples”) from the prostate, using a fine needle. It’s often a hit or miss procedure, but the more samples you take, the more likely you are to find a small cancer, with the risk of finding a small cancer which may not be clinically threatening.

“It means that population-based prostate cancer screening with MRI instead of TRUS-biopsy has a significantly better risk/benefit ratio and could offer real benefits to men at risk of prostate cancer. Now we have shown that MRI screening has potential, we need confirmatory studies in a true screening setting to allow us to get a better handle on the statistics and costs. MRI screening for prostate cancer will be more expensive than the currently used approach, but introducing mammography screening a generation ago was also expensive; we have to decide if it’s worthwhile. In this study we achieved a 70% reduction in biopsies and a 50% reduction in over diagnosis of insignificant prostate cancer: if larger studies can reproduce these results it will mean a considerable saving further down the line”

“MRI indeed has great potential to improve prostate cancer diagnosis. Still, we need to note that prostate MRI is a challenging imaging technology with good results depending on the skills of dedicated and well trained experts, which is another parallel shared with mammography. Before prostate MRI might be used in a general population for early detection or screening of prostate cancer, these issues need to be solved, which is why the EAU and the European Society of Urogenital Radiology have jointly started a quality initiative for prostate MRI. Moreover, the cost effectiveness and the extensive need of health resources are another pending issue, needing further realistic analyses before the above approach can be recommended for routine use.

The 32nd European Association of Urology conference takes place in London from 24th to 28th March.