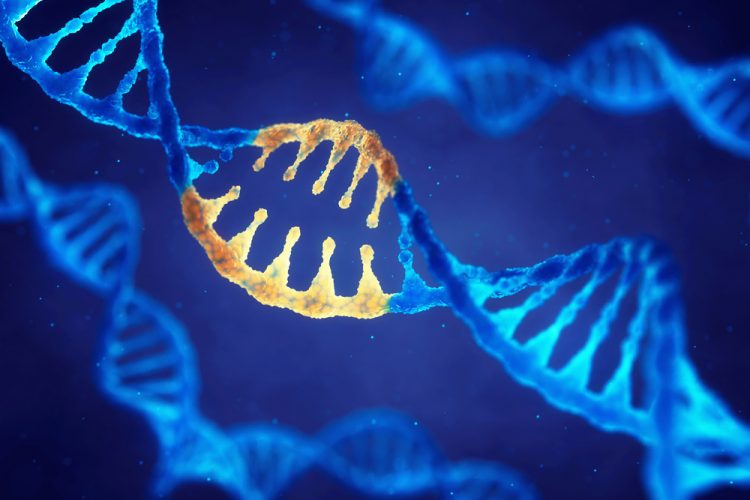 The sequences they found illuminate fundamental circuitry of autoimmune disorders such as inflammatory bowel disease (IBD) and Crohn’s disease.

“Not only can we now find these regulatory regions, but we can do it so quickly and easily that it’s mind-blowing,” said Dr Jacob Corn, Assistant Adjunct Professor of molecular and cell biology at Berkeley. “It would have taken years to find just one before, but now it takes a single person just a few months to find several.”

The advent of CRISPR has allowed researchers to make rapid progress in understanding protein-coding genes. In the most common application of CRISPR, an enzyme called Cas9 snips DNA at particular sequences specified by the sequence of a “guide RNA.” Using the technology, scientists can excise or edit any gene, and observe how these changes affect cells or whole organisms.

But sequences that code directly for proteins make up only 2 percent of our genome. Enhancers and other regulatory DNA elements spread throughout the other 98 percent are more difficult to study, but are implicated in a large number of genetic disorders.

Scientists can look for potential enhancer sequences based on how they interact with proteins that bind to DNA, but figuring out which enhancers work with which genes is much more challenging. Simply cutting out an enhancer with CRISPR-Cas9 doesn’t help, because it won’t have a noticeable effect if the enhancer is inactive in the particular cell type used in an experiment.

If you think of the genome as a model home with 22,000 lightbulbs (the genes) and hundreds of thousands of switches (the enhancers), the challenges have been finding all of the switches and figuring out which lightbulbs they control and when.

Previously, CRISPR has been used to cut out wires looking for those that would cause a bulb to go dark, giving a good idea of what that section of the circuit was doing. However, cutting out a light switch when it’s off doesn’t tell you anything about what it controls. So, in order to find certain light switches, it has been common to try to mimic the complicated chemical cues that activate an enhancer.

But using this method, “You can quickly go insane trying to find an enhancer,” said Dr Benjamin Gowen.

A better approach would be a universal “on” switch that could target any part of the genome and, if that part included an enhancer, could activate that enhancer. Fortunately, CRISPRa, recently developed by Dr Jonathan Weissman, Professor of cellular and molecular pharmacology at University of California (UCSF) and co-director of the IGI, is just such a tool. CRISPRa uses a “blunted” version of the DNA-cutting Cas9 protein, strapped to a chain of activating proteins.

Although CRISPRa also uses guide RNA to target precise locations in the genome, instead of cutting DNA, CRISPRa can activate any enhancers in the area.

While the first applications of CRISPRa involved using a single guide RNA to find promoters – sequences right next to genes that help turn them on – the UCSF/Berkeley team behind the new study realised that CRISPRa could help find enhancers too.

By targeting the CRISPRa complex to thousands of different potential enhancer sites, they reasoned, they would be able to determine which had the ability to turn on a particular gene, even if that gene was far away from the enhancer on the chromosome.

“This is a fundamentally different way of looking at non-coding regulatory sequences,” said researcher Dimitre Simeonov.

Performing 20,000 experiments at once

The gene the team chose to study produces a protein called IL2RA, which is critical to the function of immune cells called T cells. Depending on conditions in the body, T cells have the ability to either trigger inflammation or suppress it.

The IL2RA gene produces a protein that tells T cells that it’s time to put on their anti-inflammatory hats. If the enhancers that should turn on the gene have errors, the cells fail to suppress inflammation, potentially leading to autoimmune disorders like Crohn’s disease.

To track down locations of the enhancers that control IL2RA, the UCSF and UCB research team produced over 20,000 different guide RNAs and put them into T cells with a modified Cas9 protein.

“We essentially performed 20,000 experiments in parallel to find all the sequences that turn on this gene,” Dr Marson said.

Sure enough, targeting some of the sequences with CRISPRa increased IL2RA production, yielding a short list of locations that might be important for regulating the fate of T cells.

“Whenever you get a chance to ask a question in a totally new way, you can suddenly discover things that you would have missed with older methods,” said Dr Gowen. “We found these enhancers without having to make any assumption of what they looked like.”

One of the likely enhancer sequences the team identified included the site of a common genetic variant that was already known to increase the risk of IBD, though how it did so was not understood. Dr Marson and Dr Corn’s teams wondered whether this genetic variation might alter the switch regulating the amount of IL2RA protein present in T cells.