How an incidental exhalation led to improved DNA detection device

While attempting to position two chips on a microscope, an involuntary exhalation by scientist Greg Madejski caused them to adhere to great effect. 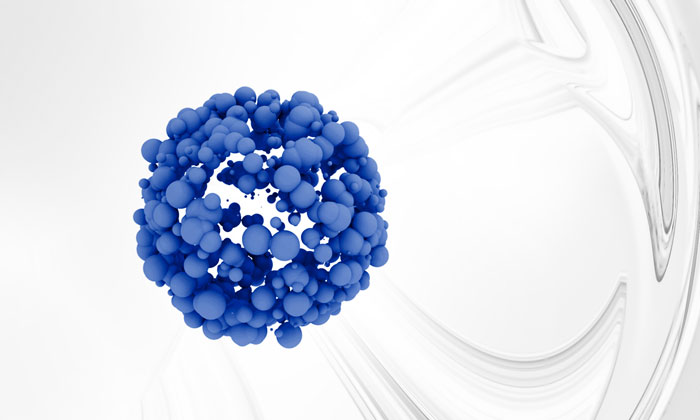 The chips each contained a nanofilter and DNA sensor – the aim being to weld one on top of the other. Upon exhaling, the warm air swept over the nanofilter, transferring it to the sensor exactly as desired. Madejski realised that the water vapour in his breath had condensed on the device, causing the nanofilter to adhere neatly to the sensor.

Commenting on the effect he created, PhD student at University of Rochester, Greg Madejski, said: “It was like a really high-tech temporary tattoo that I created by accident; lick and stick!”

As a result, water vapour became integral to the development and design of a novel device for detecting DNA biomarkers affiliated with disease. The device was created by James McGrath‘s lab in collaboration with Professor Vincent Tabard-Cossa and graduate student Kyle Briggs at the University of Ottawa.

The arrangement of ultrathin layers, comprising two membranes and a separating space layer, creates a nanocavity filled with less than a femtolitre (10−15 litres) of fluid (about a million times smaller than the smallest raindrops). During operation, the device uses an electric field to lure a strand of DNA to enter one of the pores of the prefilter and then pass through the nanocavity to reach the pore of the underlying sensor membrane. This triggers changes in the device’s electrical current that can be detected and analysed. The fact that DNA must elongate itself in a consistent way to pass through the two-membrane combination improves the precision and reproducibility of detection.

“This is a remarkable structure,” says McGrath. “We’ve built an integrated system with a highly porous filter within molecular reach of a sensor.

I think there are many sensors, particularly those that hunt for biomarkers in raw biological fluids, that would benefit from filtering away unwanted molecules immediately upstream of the detector.”

The method of fabrication instantly wets the nanocavity, which is often difficult at the nanoscale. The device contains dozens of these nanocavities, which may eventually increase the amount of material that can be screened by enabling parallelised biomarker detection.

Tabard-Cossa’s lab uses solid-state nanopore devices to find new ways to manipulate and characterise single molecules. His lab was interested in finding new materials for biomarker detection. The prefilter in the new device addresses a problem experienced with other silicon nanopore detectors; that they are more likely to clog than alternative devices that use biological pores for sensing. Biological membranes, on the other hand, are less stable than solid state nanopores, McGrath explained.

“We love to apply our membrane technologies to solve problems that others need solved. This is a very nice example,” McGrath says.