Researchers have identified a subset of T cells, whose frequency serves as early childhood immune signature that predicts the risk of developing asthma later on. 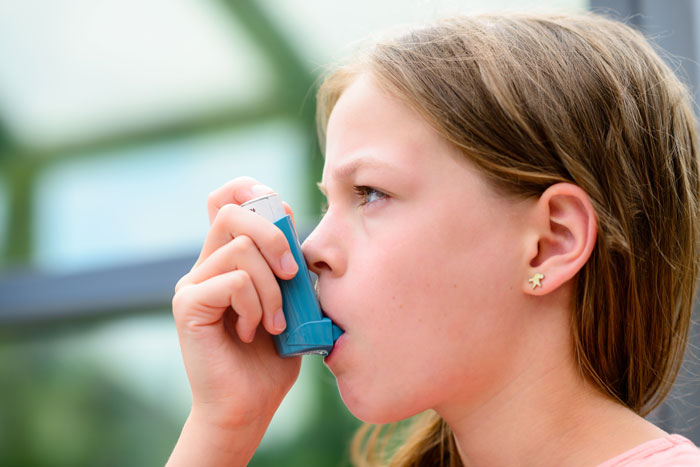 This study comes from researchers at the La Jolla Institute for Allergy and Immunology (LJI).

“We found what I would consider very strong biomarkers for those children who are most likely to develop asthma as they get older,” says senior author Mitchell Kronenberg, Ph.D, president and chief scientific officer of La Jolla Institute. “Children who, at the age of one, had a higher frequency of so called MAIT cells appear to be less likely to develop asthma by the age of seven.”

Consistent with the ‘hygiene hypothesis’, which holds that increased microbial exposure in the first years of life is protective for asthma, the team’s findings also indicate that the presence of house dust components that stimulate the innate immune system decreases asthma risk. “We are not advocating for dirt and we don’t know enough about the microbiome to know which aspects are beneficial,” says Kronenberg, “but as we learn more it is feasible that one day the protective components could even be taken in pill form.”

The study, published in the online edition of the Journal of Immunology, was part of the larger Urban Environment and Childhood Asthma (URECA) study funded by the National Institutes of Health. Initiated in 2005, the study follows 560 families from four disadvantaged urban areas who are at high risk for asthma to uncover potential risk factors that contribute to increased asthma rate in children growing up in impoverished neighbourhoods.

Unlike conventional T cells, which belong to the adaptive arm of the immune response and take a few days before they are fully trained on a single, specific protein fragment or peptide antigen, MAIT and iNKT cells recognise molecular components common to many microbes.

The team analysed the frequency of different types of immune cells in blood collected from 110 one year-old study participants, the presence of immune-stimulatory components in the subjects’ house dust and asked whether any of the factors correlated with an increased of asthma at the age of seven.

“We found certain immune signatures such as having more MAITs that are protective,” says Chandra. “In humans MAIT cells are unique in that they are borne to make gamma interferon, which could help skew the immune system toward an asthma-protective Th1 immune response.”

And while the absolute numbers of iNKT cells had no bearing on asthma risk, the iNKT cell antigenic content in house dust from subjects’ houses did. “iNKT activity reflects a home environment with increased microbe exposure and therefore protection from asthma,” says Shilpi.