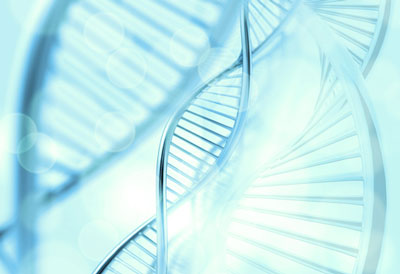 Scientists have revealed a brand new function for one of the first cancer genes ever discovered – the retinoblastoma gene – in a finding that could open up exciting new approaches to treatment.

The retinoblastoma gene is so called because mutations to it cause a rare children’s eye cancer of the same name, and is known to play a central role in stopping healthy cells from dividing uncontrollably.

Now the new study – jointly led by scientists at The Institute of Cancer Research, London, and University College London (UCL) – has found that the gene also has another important function, in helping to ‘glue’ severed strands of DNA back together.

The research suggests that existing drugs that exploit the weaknesses of some cancers in repairing their DNA could be effective against tumours with mutations to the retinoblastoma gene.

The study, published today in the journal Cell Reports, was funded by a range of organisations including Cancer Research UK, Worldwide Cancer Research, the Wellcome Trust and the ICR itself.

Researchers found that mutations to the retinoblastoma gene or RB1 – which are found in many cancers – prevent the effective fixing of broken DNA strands. This results in chromosome abnormalities which can lead to the development of tumours and drive cancers to evolve into more aggressive forms.

Researchers deleted the RB1 gene from lab-grown human and mouse cancer cells, and looked at a variety of measures that indicate defective DNA repair. They found substantially more double-stranded DNA breaks and chromosome abnormalities in cells that lacked RB1than those where the gene was functional.

In another experiment, the researchers demonstrated that the RB1 protein attaches to two other proteins called XRCC5 and XRCC6, forming a cluster of molecules that mend broken strands of DNA.

RB1 was first discovered in the 1980s and has long been known to have an important role in controlling cell division. It was discovered through studies of the rare eye cancer retinoblastoma, which in around half of cases is caused by inherited mutations to the RB1 gene.

Retinoblastoma gene helps ‘glue’ severed strands of DNA back together

Dr Paul Huang, Team Leader in Cancer Biology at the ICR, said: “The retinoblastoma gene was one of the first cancer genes to be discovered and is one of the best known of all, so it’s very exciting to have been able to identify a completely new function for it.

“The retinoblastoma gene is famous for helping control cell division, but we found that it has another important job in gluing broken strands of DNA back together. Our research could have real implications for cancer patients, because drugs that exploit weaknesses in DNA repair already exist, and there is now a rationale for testing them against cancers with retinoblastoma gene mutations.”

Professor Sibylle Mittnacht, Leader of the Cancer Cell Signalling team and Professor of Cancer Biology at the UCL Cancer Institute, said: “We are very excited about this new discovery. The retinoblastoma gene is mutated in many important cancers such as lung and breast. Our work demonstrates that these mutations cause the cancers’ DNA to become defective. Because of this these cancers may evolve to more aggressive and therapy-resistant forms. At the same time this discovery points to new and more effective ways in which these cancers can be treated.”

“Cancer Research UK scientists are at the forefront of developing these types of treatments, and we hope to see this new discovery translated into benefits for patients in the future.”

Dr Helen Rippon, Head of Research at Worldwide Cancer Research, said: “Just like it would be impossible for a mechanic to fix a car without knowing how it worked; scientists can’t find new treatments for cancer without understanding the broken genes. Researching the nuts and bolts of cancer biology is crucial if we are to bring a brighter future for people diagnosed with the disease, and we are delighted to have helped fund this important study.”

For more information about the Institute of Cancer Research, please visit www.icr.ac.uk.