Functional ultrasound imaging has been used by researchers to obtain high-quality, high-resolution images of whole brains of mice… 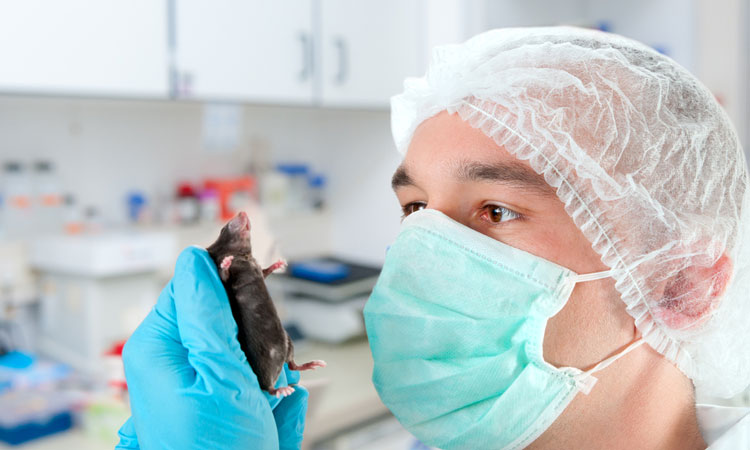 A study has yielded high-resolution images of the whole brain, and could help with ophthalmologic, neurologic and psychiatric diseases.

“Functional ultrasound imaging yields images in much higher resolution and is simpler, less expensive and easier to use than functional magnetic resonance imaging (fMRI),” explained Dr Botond Roska. “Most importantly, the technology allows us to study the consequences of ophthalmologic diseases, monitor the effect of treatment and the progress of rehabilitation in the whole brain in mice.”

Large numbers of brain regions are active during behaviors. Brain-wide activity maps can lead to a system-level understanding of how brain activity relates to specific behavior. The international team of scientists from the Institute of Molecular and Clinical Ophthalmology Basel, the FMI, and the Neuro-Electronics Research Flanders, has developed high-resolution functional ultrasound imaging to record activity in the whole brain of mice during behavior. This has not been possible so far with animal models, because current whole-brain functional imaging technologies, such as fMRI, are limited in resolution and difficult to apply to live and behaving mice.

The team was particularly interested in the brain regions involved in the optokinetic reflex. The optokinetic reflex stabilised images drifting on the retina both horizontally and vertically by moving the eye in the direction of image drift. For example: as we look out of a train window our eyes reflexively move to follow the passing landscape. This reflex is inborn and well conserved across species, from mice to humans.

In their study, the researchers found that out of the 181 brain regions consistently identified in all animals, activity in 87 regions across the whole brain were modulated during the optokinetic reflex.

To study the function of these brain regions, the team compared brain activity in healthy mice with mice who lack the optokinetic reflex – either because of a genetic disease that makes the retina incapable of generating the reflex, or because eye motion was mechanically blocked.

First author Dr Emilie Macé, a postdoctoral fellow in Botond Roska’s group, who developed the concept of functional ultrasound imaging while working in Paris, commented: “We were surprised how precisely we could map activity across the brain and how many brain regions became active during this reflex. Our brain-wide approach revealed new regions that can now be studied more precisely in attempts to understand the logic of sensorimotor transformations at the level of microcircuits.”

Dr Roska also highlighted the value of the technology for future application in different medical fields: “The simplicity, low cost, and ease of use of whole-brain functional ultrasound imaging, together with the ability to precisely identify brain regions, provides a system for obtaining an unbiased view of brain activity in other types of behavior as well as in animal models of neurologic or psychiatric diseases.”