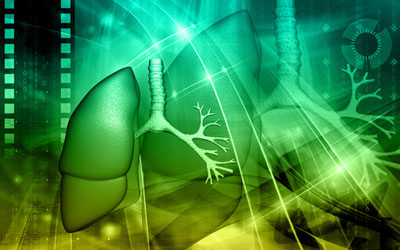 Together with clinical partners, a team led by Dr Melanie Königshoff and the doctoral student Franziska Uhl at the Comprehensive Pneumology Centre of Helmholtz Zentrum München have investigated, for the first time, the suitability of Wnt/beta-catenin activation to initiate repair in patient-derived COPD lung tissue. To achieve this, the researchers used a variety of chemical, biological and imaging techniques.

“In our study we showed that activation of the Wnt / beta-catenin – signalling pathway induces lung tissue repair, depending on the patient’s stage of COPD,” said Königshoff.

The method developed by her team represents a powerful new tool for pathological assessment, drug validation, and mechanistic studies in patient-derived lung tissue, which will open novel avenues for successful clinical translation and precision medicine.

This method closes the gap that formerly existed between target identification and preclinical validation of drug compounds and their application in the patient.

“We hope in this way to develop long-term treatments that induce lung tissue repair in the patients,” said Königshoff.

Next, the research team plans to expand the study by increasing the patient cohort, and further optimize new treatment approaches for patients with COPD. Moreover, the team is currently extending the application to other lung diseases such as pulmonary fibrosis and lung cancer.