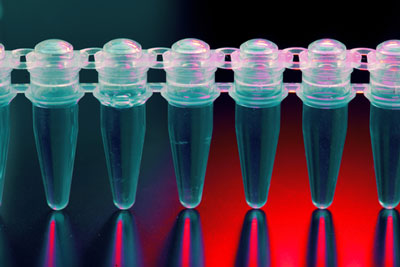 The data was presented by David Ziegler MD PhD and Anne Kankean PhD of the University of New South Wales/Children’s Cancer Institute at the 3rd Biennial Conference on Paediatric Neuro-Oncology Basic and Translational Research.

DIPG has a very poor prognosis with a median survival of less than one year, a statistic that has not changed in over 50 years. DIPG is amongst the most challenging cancers to treat; the diffuse nature of the cancer means that surgery is not an option, radiation provides only temporary relief, and chemotherapy has yet to provide any clinical benefit.

The latest study looked at the ability of TRXE-009 to kill freshly established patient-derived cell cultures collected from patients with DIPG. The studies indicate that TRXE-009 kills DIPG cells at therapeutically relevant concentrations by inducing a specific type of cell death – caspase-dependent apoptosis. In contrast to its pronounced effect on DIPG cancer cells, normal brain astrocytes are affected only at much higher concentrations of TRXE-009, confirming data seen with other cancer cell types that TRXE-009 has a high therapeutic index and is able to target cancer cells at concentrations that have little effect on normal cells.

Lead Investigator David Ziegler said, “These are preliminary studies but we are very excited about the striking activity we are seeing in these highly resistant tumorspheres. TRXE-009 is one of the most potent compounds we have studied to date in this setting.”

Novogen Trilexium Program Manager, Eleanor Ager, PhD said, “These findings add to our other preclinical studies suggesting that TRXE-009 has particular activity against brain cancers, including being highly cytotoxic against the main adult brain cancer, glioblastoma multiforme (GBM). The next step in this drug’s development is to confirm its ability to cross the blood-brain barrier, a key filtering system that blocks the majority of chemotherapeutic drugs from reaching brain tissue”.

Novogen Group Chief Executive Officer Graham Kelly, PhD said, “DIPG is a devastating disease for affected children and their parents alike. I don’t want parents to think that this battle is won, because we have yet to make sure we can deliver this drug candidate at levels that will make a difference. But what is important is to give parents of children with DIPG hope, and that is what this news hopefully does.”

“TRXE-009 is an exciting prospect. It is broadly active against a wide range of cancers in the laboratory, including cancer stem cells, and on the basis of it delivering a potent anti-cancer effect in animals bearing human melanoma, we are bringing it into the clinic in 2016 for the treatment of solid cancers. But in addition to a general anti-cancer use, the ultimate objective is to see it tested in adults and children with brain cancers, and people with secondary brain cancer associated with cancers such as melanoma.”