The BaP combination of a cholesterol-lowering drug, bezafibrate and a contraceptive steroid could be an effective treatment for a range of cancers. 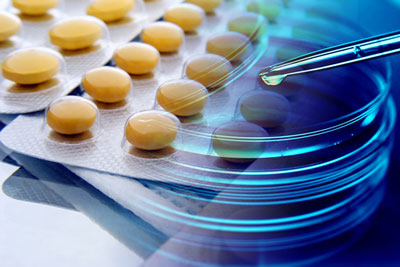 The combination of a cholesterol-lowering drug, bezafibrate, and a contraceptive steroid, medroxyprogesterone acetate, could be an effective, non-toxic treatment for a range of cancers, researchers at the University of Birmingham have found.

The findings, published in Cancer Research, show that the drugs kill cancer cells in a completely new way.

Early stage clinical trials of the drugs in elderly patients with acute myeloid leukaemia (AML) have shown promising results, with survival three months longer on average than standard palliative care. The combination, known as BaP, has also been used alongside chemotherapy to successfully treat children with Burkitt’s lymphoma (BL), the most common childhood cancer in Eastern Africa.

Until now it was uncertain whether the activity of the drugs against these two very different blood cancers was mediated by a common mechanism or by different effects in each cancer type.

The scientists, who were funded by Leukaemia & Lymphoma Research, used state of the art technology to interrogate the drug’s effects on the metabolism and chemical make-up of AML and BL cells and found that in both cell types the drugs block an enzyme crucial to the production of fatty acids, which cancer cells need to grow and multiply. They also demonstrated that the ability of BaP treatment to deactivate this enzyme, called stearoyl CoA desaturase, was what prompted cancer cells to die.

The findings open up the possibility that a BaP combination could be used to treat many other types of cancer that also rely on high levels of stearoyl CoA desaturase to grow. These cancers include chronic lymphocytic leukaemia, some types of non-Hodgkin lymphoma, as well as prostate, colon and oesophageal cancer.

The team now hope that the BaP combination will be tested in new clinical trials later this year for patients with an aggressive set of blood disorders known as myelodysplastic syndromes.

Dr Andrew Southam, the lead scientist on the research at the University of Birmingham, said, “Developing drugs to target the fatty acid building blocks of cancer cells has been a promising area of research in recent years. It is very exciting we have identified these non-toxic drugs already sitting on pharmacy shelves.”

The ‘redeployment’ of low toxicity drugs originally developed to treat other conditions has had considerable success in recent years in the blood cancer field. Thalidomide has become part of standard treatment for the bone marrow cancer myeloma. All trans retinoic acid (ATRA), originally an acne medication, has transformed survival rates for patients with a particularly aggressive type of leukaemia to over 80%. Drugs already in medical use do not need to be tested again in early stage clinical trials and are also much cheaper than new cancer drugs.

Professor Chris Bunce, Research Director at Leukaemia & Lymphoma Research, worked on the project at the University of Birmingham. He said, “This drug combination shows real promise. Affordable, effective, non-toxic treatments that extend survival, while offering a good quality of life, are in demand for almost all types of cancer. Patients tend to be elderly and often cannot tolerate the toxic side-effects of traditional chemotherapy.”