Researchers have identified three genes that play a pivotal role in choroid plexus carcinoma, a discovery that could lead to more effective treatment… 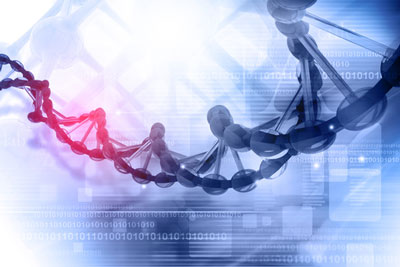 Researchers have identified three genes that play a pivotal role in the brain tumour choroid plexus carcinoma, a discovery that lays the groundwork for more effective treatment of this rare, often fatal cancer.

The genes – TAF12, NFYC and RAD54L – are involved in DNA repair and regulation. Researchers showed that choroid plexus carcinoma often has at least one extra copy of each gene and demonstrated that the genes work cooperatively to launch and sustain the tumour.

Investigators also found evidence that investigational drugs called ATR inhibitors that are already in development for cancer treatment may be effective against choroid plexus carcinoma. The drugs work by blocking certain DNA repair enzymes, increasing the susceptibility of tumour cells to chemotherapy or radiation. Planning has begun for a possible international clinical trial featuring an ATR inhibitor.

Most choroid plexus carcinoma patients are ages 2 or younger

The strategy used to discover the choroid plexus carcinoma oncogenes should also help researchers identify oncogenes that play important roles in other adult and paediatric cancers that include genetic changes called copy number alterations (CNAs). These alterations occur frequently in childhood cancer and involve the duplication or deletion of large pieces of DNA.

Of the 23 human choroid plexus carcinomas in this study, 61% had at least one extra copy of chromosome 1, which carries more than 2,000 genes. “Large copy-number alterations are a common feature of childhood cancer, but until now there was no good way to answer the question of which of those genes was important to initiating or sustaining the cancer,” Gilbertson said.

TAF12, NFYC and RAD54L were required to initiate and sustain tumours

Choroid plexus carcinoma develops in cells that line the fluid-filled ventricles in the brain and produce cerebrospinal fluid. When researchers introduced each of the 21 genes into mouse choroid plexus cells in the laboratory, only TAF12, NFYC and RAD54L led to changes associated with choroid plexus carcinoma, including cell proliferation. Researchers also showed that all three genes were required to initiate and sustain the tumours in mice.

“This same cross-species mapping approach holds promise for identifying oncogenes located in large regions of chromosomal gain that are a feature of other adult and paediatric cancers,” Gilbertson said.

For choroid plexus carcinoma patients, the results provide much needed direction for designing tumour-specific therapy. “These oncogenes may function like a mechanic who is always on the spot to keep a junk car running,” Gilbertson said. “Just like the car will break down if you get rid of the mechanic, preclinical trials are underway using different drug combinations to block the hyperactive DNA repair mechanism so the tumours eventually succumb to the accumulated DNA damage.”