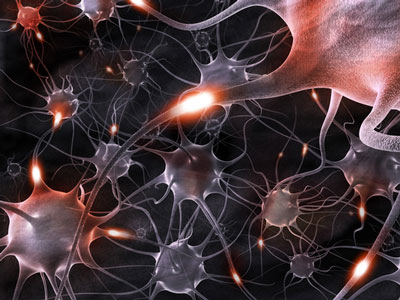 A previously unknown link between the immune system and the death of motor neurons in amyotrophic lateral sclerosis, also known as Lou Gehrig’s disease, has been discovered by scientists at the CHUM Research Centre and the University of Montreal.

The finding paves the way to a whole new approach for finding a drug that can cure or at least slow the progression of neurodegenerative diseases like amyotrophic lateral sclerosis, Alzheimer’s, Parkinson’s and Huntington’s diseases.

The study shows that the immune system in the animal model C. elegans, a tiny 1 mm-long roundworm, plays a critical role in the development of amyotrophic lateral sclerosis.

“An imbalance of the immune system can contribute to the destruction of motor neurons and trigger the disease,” said Alex Parker, CRCHUM researcher and associate professor in the Department of Neuroscience at the University of Montreal.

Amyotrophic lateral sclerosis is a neuromuscular disease that attacks neurons and the spinal cord. Those affected gradually become paralysed and typically die less than five years after the onset of symptoms. No effective remedy currently exists for this devastating affliction. Riluzole, the only approved medication only extends the patient’s life by a few months.

More than a dozen genes are related to amyotrophic lateral sclerosis. If a mutation occurs in one of them, the person develops the disease. Scientists introduced a mutated human gene (TDP-43 or FUS) into C. elegans. The worms became paralysed within about 10 days. The challenge was to find a way of saving them from certain death.

“We had the idea of modifying another gene, tir-1, known for its role in the immune system,” said Julie Veriepe, lead investigator and doctoral student under the supervision of Alex Parker. Results were remarkable. “Worms with an immune deficit resulting from the tir-1 gene’s mutation were in better health and suffered far less paralysis,” she added.

This study highlights a never previously suspected mechanism: even if the C. elegans worm has a very rudimentary immune system, that system triggers a misguided attack against the worm’s own neurons. “The worm thinks it has a viral or bacterial infection and launches an immune response. But the reaction is toxic and destroys the animal’s motor neurons,” Alex Parker explained.

The human equivalent of the tir-1 gene, SARM1, has proved crucial to the nervous system’s integrity. Researchers think the signalling pathway is identical for all genes associated with amyotrophic lateral sclerosis. This makes the TIR-1 protein (or SARM1 in humans) an excellent therapeutic target for development of a medication. SARM1 is particularly important because it is part of the well-known kinase activation process, which can be blocked by existing drugs.

Alex Parker’s team is already actively testing drugs that have been previously approved by the US Food and Drug Administration (FDA) for treatment of such disorders as rheumatoid arthritis, to see if they work with amyotrophic lateral sclerosis. Obstacles still remain, however, before finding a remedy for curing or slowing the progression of amyotrophic lateral sclerosis.

“In our studies with worms, we know the animal is sick because we caused the disease. This allows us to administer treatment very early in the worm’s life. But amyotrophic lateral sclerosis is a disease of aging, which usually appears in humans around the age of 55. We do not know if a potential medication will prove effective if it is only given after appearance of symptoms. But we have clearly demonstrated that blocking this key protein curbs the disease’s progress in this worm,” Alex Parker concluded.

The research is published in Nature Communications.