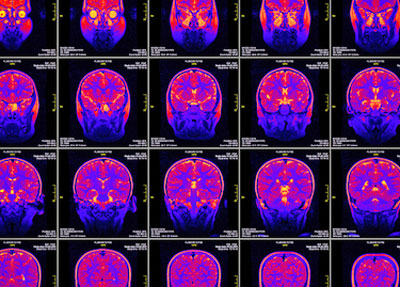 Scientists have identified that errors in a gene known as TCF12 are associated with more aggressive forms of a disease called anaplastic oligodendroglioma.

Oligodendrogliomas are fast-growing cancers that account for around 5-10% of all tumours of the brain and central nervous system, and typically have a very poor prognosis.

The new research is the largest ever genetic study of oligodendrogliomas, and provides important insights into their causes – and how they might be treated. Researchers at The Institute of Cancer Research, London, in collaboration with laboratories in France and Canada, compared the genetic sequence of 134 of these brain tumours with the DNA of healthy cells.

Researchers identified mutations in the TCF12 gene in 7.5% of anaplastic oligodendrogliomas. They found that this subset of cancers grew more rapidly and were more aggressive than those where the gene was intact.

TCF12 is the genetic code for a protein that binds to DNA and controls the activity of other genes. The researchers found that mutations in TCF12 rendered the protein less able to bind to DNA, and this in turn led to a reduction in activity of other key genes – including one already associated with cancer spread, known as CHD1.

Finding out more about genetic faults that cause anaplastic oligodendrogliomas will allow scientists and clinicians to develop new personalised therapies that target a range of the mutations driving the disease.

Professor Richard Houlston, Professor of Molecular and Population Genetics at The Institute of Cancer Research, London, said, “Our in-depth study has set out many of the genetic defects that cause this rare but highly aggressive form of brain cancer – including identifying a gene mutation that appears in particularly fast-growing forms.

“Anaplastic oligodendrogliomas are difficult to remove by surgery and don’t respond well to other forms of treatment. We hope this new information might be used to discover new targeted therapies, offering patients a better chance at survival from this aggressive cancer.”

The research is published in the journal Nature Communications.