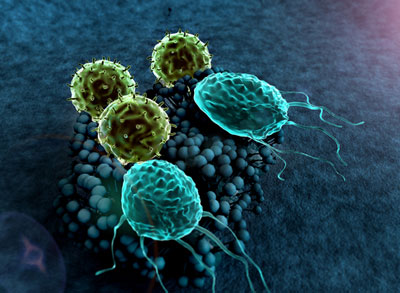 Researchers uncovered the following pathway: gut bacteria stimulate intestinal B lymphocytes to release interleukin (IL)-10 that, in turn, induces development of regulatory T lymphocytes that prevent excessive inflammatory responses and limit immune-mediated disease. This signalling depends, in part, on IL-27, a member of the IL-12 cytokine family that has been linked to IBD.

IL-10 and IL-27, secreted by B lymphocytes, regulate development of regulatory T lymphocytes

This study was funded in part by the Crohn’s and Colitis Foundation of America and the National Institutes of Health.

The research is published in the journal Cellular and Molecular Gastroenterology and Hepatology.