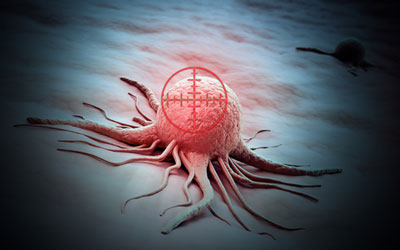 The proprietary technology will be incorporated by Agalimmune into its novel cancer immunotherapy molecules.

Under the terms of the agreement, KODE may receive up to $31 million USD (£21 million GBP) in development and sales milestones, plus royalties on net sales. Agalimmune has exclusive rights to the use of the technology in the field of intratumoral injection for cancer treatment, and specifically relating to the clinical candidate molecule AGI-134.  KODE™ Technology has been extensively validated by Agalimmune prior to in-licensing, and has been shown to be effective for treatment of both primary and secondary tumours in animal models.

Agalimmune injects synthetic animal-antigen mimetics, which incorporate the FSL constructs, into primary tumours. As the immune system naturally rejects animal tissue, it attacks the modified tumour. In this process of destroying the tumour, the body’s immune system is educated to recognise the patient’s own (autologous) tumour antigens and so destroy unmodified primary and secondary tumours. KODE™ constructs have been engineered to be easily dispersed in biocompatible media, spontaneously incorporate into cell membranes, and have low toxicity.

Graham Griffiths, Director of Agalimmune, commented, “We believe that this technology has great value in immunotherapy, and we are very pleased to be collaborating with a world-leader in the development of synthetic glycolipids. This licensing agreement also represents a significant step forward in Agalimmune’s progress towards the development of pioneering targeted cancer vaccines and immunotherapies for the benefit of patients.”

Stephen Henry, CEO of KODE Biotech, said, “We are delighted that Agalimmune has identified the potential of KODE™ Technology for this application, and we look forward to seeing the results of the next phase of development of the therapeutic.”

Giles Whalen, Professor of Surgery at University of Massachusetts where Agalimmune’s approaches were first developed, added, “This development builds on the mechanism of action research we have undertaken on this first-in-class therapeutic modality, opens the door to promising combination approaches of immune priming with checkpoint blockade and other immune-modulating therapies, and may bring new promise for the treatment of patients.”