Marks & Blerk’s latest report highlights the striking difference between research levels into rare diseases, vaccines and antibiotics across the globe… 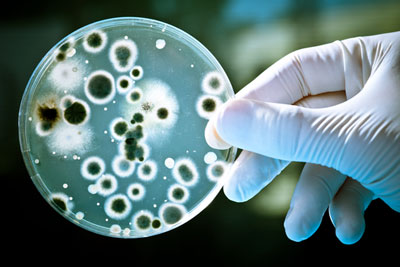 The antibiotics market is at risk of losing another decade to inadequate levels of research and innovation, according to international intellectual property firm Marks & Clerk.

The report looks at patent filing trends in the rare diseases, vaccines and antibiotics markets over the last decade.

In terms of antibiotics, less than 5% of patents filed for antibiotic research since 2004 are directed towards new classes of antibiotics. Patent filing levels are much lower than for rare diseases, although there has been a gradual year-on-year increase in numbers since 2009.

For patents related to rare diseases, big pharma companies such as Pfizer, Merck and Novartis dominate as the top filers. Filing numbers are consistently high and are now gradually increasing following a dip during the financial crisis, but are yet to recover to pre-2008 levels.

For vaccine-related patents, public organisations are significant filers, with the US Department of Health filing more than double the amount of any other filer. Seven times more patents are being filed for prophylactic vaccines than for therapeutic vaccines.

Dr Gareth Williams, European Patent Attorney and Partner at Marks & Clerk, comments, “With research into new antibiotics classes averaging fewer than five% of total antibiotic research patents filed over the last 10 years, something has to shift in order to avoid losing another decade to the growing threat of antibiotic-resistance. What is more, in terms of patent filings, antibiotics research as a whole is clearly lagging behind research areas like rare diseases, where a huge number of patents are consistently being filed each year.

“The list of Top Filers in antibiotics research, which is topped by Chinese companies, shows that this has not been a priority area for big pharma over the last decade. Governments around the world are implementing strategy reviews as they look to confront the problem of antibiotic-resistance. We hope the results of these reviews, together with increasing public pressure and media attention, will result in an increase in research into antibiotics, particularly from big pharma. The USA is a clear leader in this area, but the statistics suggest it is less dominant than in rare diseases and vaccines, with China in particular innovating more and more.

“Medicines for rare diseases tell a wholly different story. No doubt in large part thanks to the government incentives put in place to encourage orphan drug research, the field is dominated by the world’s largest healthcare companies. Research in this area shows little sign of abating, with patent filing numbers gradually regaining their pre-financial crisis level.”