Novogen has announced that its candidate cytotoxic chemotherapy drug, Anisina, has proved an effective anti-cancer agent in animals… 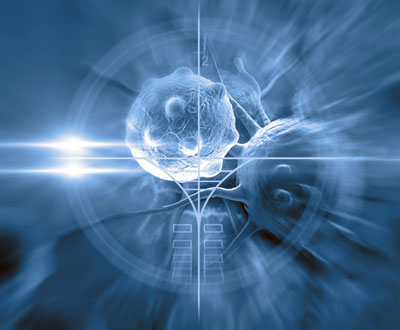 Novogen has announced that its candidate cytotoxic chemotherapy drug, Anisina, has proved an effective anti-cancer agent in animals.

As a result, Anisina is now being fast-tracked by the Company to come into the clinic.

Anisina targets the cytoskeleton of cancer cells. This is the same target of the most widely used chemotherapy drugs in cancer, the taxanes and vinca alkaloids. These latter drugs are standard of care for some of the most common cancers in adults embracing both solid cancers (breast, ovary, prostate, lung, bladder, testicle) and non-solid cancers (acute leukaemias, Hodgkin’s Disease), as well as in paediatric cancers (neuroblastoma, Wilm’s tumour). Beyond these approved uses, they are widely used off-label across most forms of cancers following failure of standard of care drugs.

Despite their common use, the taxanes and vinca alkaloids come with the significant disadvantages of (i) being non-selective, resulting in significant side-effects, (ii) not working in many forms of cancer, and (iii) readily inducing resistance in cancer cells.

There remains a significant clinical need to improve on both the efficacy and safety of these commonly used drugs. Novogen believes that Anisina has the features to meet that need across a range of cancer types.

The taxanes and vinca alkaloids target a structural component of the cytoskeleton known as the microtubule. Destabilising this structure prevents the cancer cell from dividing and promotes its death.

Anisina targets the microfilament of a cancer cell

Anisina targets the other main structural component of a cancer cell known as the microfilament.

There is a 20-year history of attempts to produce drugs against microfilaments. The commercial success of the taxanes and vinca alkaloids in the 1970s validated the cancer cell’s cytoskeleton as a target for anti-cancer drugs, making the destruction of the microfilaments an obvious alternative drug target. These attempts failed because of the inability to limit the destructive effect to cancer cells’ microfilaments, with loss of muscle function being a pronounced toxic side-effect.

The breakthrough came 10 years ago with the discovery by Professor Peter Gunning and Dr Justine Stehn at the University of New South Wales (Sydney, Australia) of the role of a structural protein known as Tmp3.1 in the function of microfilaments. Cancer cells are far more reliant on Tmp3.1 for the integrity of their microfilaments than are normal cells. Anisina specifically targets Tmp3.1, destroying the microfilaments of cancer cells with proportionally much less effect on normal cells.

Ahead of bringing Anisina into the clinic, Novogen has focused on three indications – melanoma, prostate cancer, neuroblastoma – with animal studies underway in each indication in support of IND applications over the next 9 months.

Today’s announcement concerns the important key step of establishing a significant anti-tumour effect in vivo. The study reported by Novogen today is with melanoma.

Mice bearing the human malignant melanoma cell line A-375 (BRAF-mutant) were treated with Anisina either intravenously (60 mg/kg/twice weekly) or orally (100 mg/kg/daily). Both dosing regimens delivered a significant anti-tumour effect with no observed toxicity.

Justine Stehn PhD, Novogen Anti-Tropomyosin Program Director, said, “This result clears the way for Anisina to enter the clinic. The potent effect observed here of the drug on a cancer as difficult to treat as malignant melanoma, combined with the lack of any obvious toxicity of the drug, justifies our earlier speculation that destroying a cancer cell’s microfilaments would yield an equivalent therapeutic benefit to destroying the microtubules, but without the toxicity of the latter.”

“Large-scale manufacture of the compound now is underway with a target of being in a first-in-man study in 2016,” Stehn added.