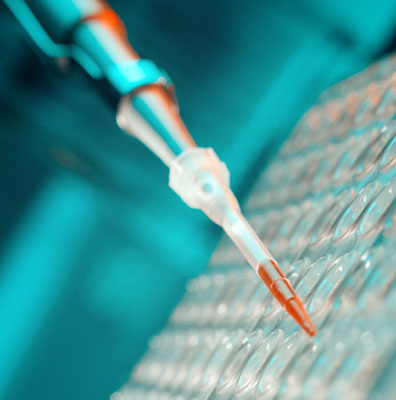 By growing two types of stem cells in a 3-D culture and measuring their ability to produce retinal cells, researchers have found one cell type to be better at producing retinal cells.

The research not only reveals which stem cell type might be better for treating retinal degeneration, but it also demonstrates a standardised method for quantifying the effectiveness of different stem cells for such therapies.

The research was led by Michael Dyer, Ph.D., a member of the St. Jude Department of Developmental Neurobiology and a Howard Hughes Medical Institute investigator.

Stem cells are immature cells that can differentiate into more specialized cells in the body. In early clinical trials, researchers are testing whether stem cells can be differentiated into cells to replace those that are defective and die off in diseases such as age-related macular degeneration, retinitis pigmentosa and Stargardt’s disease.

While such clinical trials have shown early promise, there are many scientific questions to be answered. “One important question is whether it makes a difference where the stem cells come from,” Dyer said. “Our research sought to explore that question and also to learn more about the biology of these stem cells.”

Scientists previously thought that induced pluripotent stem cells could not be made from adult neurons without introducing a mutation that switches off a key regulatory gene called p53. Dyer’s lab developed a new method for making stem cells from neurons that did not require p53 inactivation. This 3-D culture technique involved surrounding the neurons undergoing reprogramming with normal retinal neurons, to create a more natural environment for producing stem cells from neurons. This technique contrasts with the more common culture technique of growing the cells in layers on culture dishes, which is not successful for such cells. Once the stem cells are produced, they can then be used to make retinal cells in 3-D cultures.

Besides the 3-D culture technique, the researchers also used a set of measurements, called STEM-RET, which enabled them to quantify precisely how successful different retinal cells are in generating retinal cells. Their STEM-RET analysis revealed that the rod-derived stem cells produced more retinal cells than did the fibroblast stem cells. The fibroblast-derived retinal cells were missing some cell types needed for fully functional retinas.

Scientists believe that different stem cell types may retain an “epigenetic memory” – a distinctive set of epigenetic switches, even as they are reprogrammed from mature cell types. This “memory” affects how well the stem cells produce different cell types.

STEM-RET scoring can help determine which stem cells to use

Dyer said that STEM-RET scoring of stem cells represents a significant advance in determining which stem cells to use in retinal stem cell therapies. “There has long been a debate in the field about how to standardize the quantification of stem cell differentiation,” he said. “Our STEM-RET method enables that standardisation, which means that laboratories can accurately compare their results with one another and different stem cell lines can be compared with one another. We believe the method could be adopted widely.”

Epigenetic analysis of such stem cells could lead to “epigenetic fingerprints” characterising different stem cell types. “Such fingerprints would tell researchers which stem cell lines would most likely be effective in making retinal cells, bone marrow cells or other types of mature cells for therapeutic purposes,” Dyer said.

The 3-D culture technique and STEM-RET measurement protocol allow scientists to manipulate stem cells genetically and with drugs to discover ways to better reprogram the cells into functional mature cells for therapeutic use.

The findings were published in the July 2 edition of the journal Cell Stem Cell.