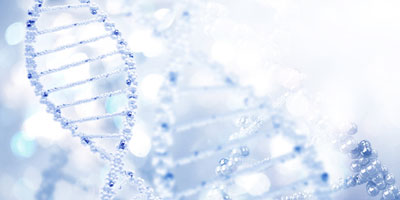 Certain patients with type 2 diabetes may have specific genetic risk factors that put them at higher risk for developing Alzheimer’s disease, according to a study conducted at the Icahn School of Medicine at Mount Sinai.

Under the leadership of Giulio Maria Pasinetti, MD, PhD, the study team used recent genome wide association study (GWAS) findings to investigate whether type 2 diabetes and Alzheimer’s disease share common genetic etiological factors and the potential impact of these genetic factors on the cellular and molecular mechanisms that may contribute to the development of both these diseases.

GWAS look at differences at many points in the genetic code to see if, across a population, one or more variations in the code are found more often in those with a given trait. Even the smallest genetic variations, called single nucleotide polymorphisms (SNPs), can have a major impact on a trait by swapping just one of the 3.2 billion “letters” that make up the human DNA code.

An estimated 312 million people suffer from type 2 diabetes worldwide while Alzheimer’s disease affects nearly 45 million people worldwide. There is currently no cure for either condition.

The study findings are published in Molecular Aspects of Medicine.