New ‘TripAdvisor’ site to address use of substandard chemical probes 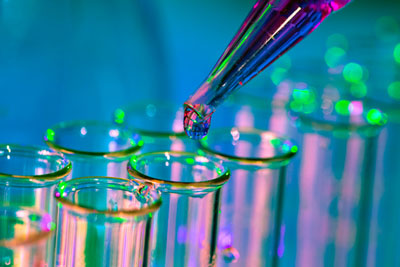 In a ‘call to action’, the international expert panel warns that many scientists are unwittingly using poor-quality chemical probes, leading to mistaken conclusions being drawn from research studies.

The expert panel – made up of researchers from non-profit research institutions and from biotechnology and pharmaceutical companies – provides convincing evidence that these errors are wasting both time and money and are delaying getting new treatments to patients.

The new community-driven wiki site, called Chemical Probes Portal, is aimed at crowdsourcing knowledge about chemical probes from leading researchers, and guiding colleagues on which chemical probes they should be using and how.

High-quality chemical ‘probes’ or ‘tools’ play a vital role in biomedical research – including many studies on cancer. These probes are used to inhibit (or sometimes activate) a function of particular target proteins to help determine the role of those proteins in cells or organisms.

A common use is to predict the effects that a future drug might have on the protein of interest and also on cells and organisms – and so help determine if a possible therapeutic target molecule is ‘valid’ enough to embark on a lengthy and costly drug discovery programme.

However, poor-quality chemical probes are frequently being used that have different or broader effects than those claimed by researchers and advertised by the companies that sell them.

Some chemical probes may be indiscriminate in their actions

A major problem is that some chemical probes may bind proteins other than those claimed – so-called ‘off-target’ effects. In extreme cases chemicals claimed as useful probes may be indiscriminate in their actions, affecting a very large number of proteins in the cell and rendering them essentially useless for biomedical research.

In many instances researchers continue to use out-of-date probes for investigating a given target protein when much better chemical probes now exist – because they are relying on knowledge about older tools accumulated over many years, rather than newer and more accurate information that might be harder to find. Conventional search engines haven’t proved effective at guiding researchers to the best tools, the panel claims.

Research based on misunderstandings of chemical probes is resulting in the publication of thousands of research papers each year that are based on incorrect assumptions and draw inaccurate or faulty conclusions.

In one case flawed use of probes led to the failure of a major Phase III clinical trial – based on many years of research and in which more than 500 patients were treated – because the drug being trialled (called iniparib) did not work in the way researchers assumed it did.

The new Chemical Probes Portal will act like TripAdvisor – allowing leading researchers to share their experiences and views about chemical probes, and their colleagues to access the most up-to-date comparative information, so they can choose the best possible probe for their needs.

The expert panel is urging that that the guidance provided though the Chemical Probes Portal should be used not only by scientific researchers, but also editors and reviewers of academic journals. In addition, the panel encourages commercial vendors of probes to provide more detailed and accurate information for buyers.

Professor Paul Workman, Chief Executive of The Institute of Cancer Research, London, and a member of the expert panel and co-author of the paper, said, “Chemical probes are crucial to biomedical research and drug discovery, but many of those in use actually have completely different effects from those that are claimed for them. It’s a widespread problem that is causing much confusion, damaging the quality of important research studies, misleading scientists, wasting time and money – and ultimately slowing down the search for new cancer drugs. This is an urgent issue and we hope the new wiki site will help where more conventional communication mechanisms have failed, by providing TripAdvisor-style user-generated information about which probes to use and how.”

Professor Julian Blagg, Head of Chemistry and Deputy Director of the Cancer Research UK Cancer Therapeutics Unit at The Institute of Cancer Research, London, said, “We are launching the new web-based portal to crowdsource the most up-to-date, reliable information on the best choice and use of chemical probes from academic and industry experts – for the benefit of the wider scientific community. It’s crucial that drug discovery and clinical trials are grounded in a fundamental understanding of the effect of drugs on the proteins they target and on any other proteins that they may be unintentionally interacting with.”