CCT245737 boosts the effectiveness of chemotherapy

CCT245737, a new drug that blocks cancer’s escape route from chemotherapy, could be used to treat deadly lung and pancreatic cancers… 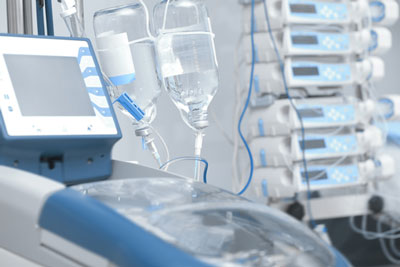 CCT245737, a new drug that blocks cancer’s escape route from chemotherapy, could be used to treat deadly lung and pancreatic cancers.

Scientists have shown in human cancer cells and in mice that the drug, discovered at The Institute of Cancer Research, London, boosts the effectiveness of conventional chemotherapy.

CCT245737 is scheduled to begin first-in-human clinical trials in patients with lung and pancreatic cancers.

The research shows the effectiveness of a new class of drugs called CHK1 inhibitors that can be delivered orally to patients.

Most chemotherapies work by damaging the DNA of rapidly dividing cells. But in response, cancer cells activate a molecule called CHK1 which delays cell division and gives cancer cells time to repair their damaged DNA. Scientists hoped that blocking CHK1 could stop cancer cells from repairing DNA damage and prevent them from becoming resistant to the cell-killing effects of chemotherapy.

Researchers developed techniques to assess the method of action of CCT245737 in human cancer cell lines, and demonstrated that it potently blocked the molecule CHK1.

CCT245737 could be used without chemotherapy to treat lymphoma

They also assessed CCT245737 in combination with chemotherapy in mice with tumours grown from human cancer cell lines, and found it achieved much greater anti-cancer activity than chemotherapy alone. Importantly, the mice did not experience any additional toxicity of the combined drugs.

Researchers also found that the CHK1 inhibitor could be used alone, without additional chemotherapy, to treat a type of blood cancer called lymphoma because this cancer type sustains heavy DNA damage during its formation.

It is possible that CHK1 inhibitors such as CCT245737 could be used on their own to treat other types of cancer with similar levels of DNA damage.

“We’re excited that our new CHK1 inhibitor, which was discovered at the ICR in collaboration with Cancer Research UK and Sareum, is progressing towards first-in-human clinical trials.

“By using CHK1 inhibitors with chemotherapy, we block one of cancer’s escape routes and prevent tumours from evading the effects of treatment. We hope that clinical trials of our new drug will show it to be an effective chemotherapy booster in lung and pancreatic cancers, which readily become resistant to current treatments.”

The new study is published in the journal Oncotarget.