Scientists have developed a molecule, called ‘compound 14’, that acts as an exercise mimic, which could potentially help treat type 2 diabetes and obesity… 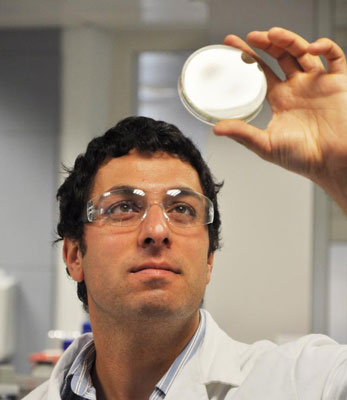 Scientists from the University of Southampton have developed a molecule that acts as an exercise mimic, which could potentially help treat type 2 diabetes and obesity.

The new molecule, called ‘compound 14’, inhibits the function of a cellular enzyme called ATIC, which is involved in metabolism, leading to the build-up of a molecule called ZMP in cells. This increase in ZMP makes cells think that they have run out of energy by activating the cell’s central energy sensor, known as AMPK, thereby causing cells to try and increase their energy levels by increasing glucose uptake and metabolism.

The researchers found that activating AMPK with compound 14 led to a reduction in fasting blood glucose levels, improved glucose tolerance and, at the same time, promoted weight loss in obese mice.

Ali Tavassoli, Professor of Chemical Biology at the University of Southampton, said, “There is a lot of evidence from previous studies that if you could selectively activate AMPK with a small molecule, it could have potential benefits in the treatment of several diseases, including type 2 diabetes, by acting as an exercise mimetic and increasing the uptake and usage of glucose and oxygen by cells. Our molecule, which activates AMPK by altering cellular metabolism, therefore holds much promise as a potential therapeutic agent.”

In early tests, the molecule was given to two groups of mice who were fed either a normal diet or a high-fat diet making them obese and impairing their glucose tolerance. When mice with a normal diet were treated with compound 14, their blood glucose levels and weight remained normal. However, in obese mice on the high-fat diet a single dose of compound 14 resulted in lowering their elevated blood glucose close to near normal levels. Furthermore, a daily dose of compound 14 administered for seven days to the obese mice resulted in improved glucose tolerance and 1.5 grams weight loss (about five per cent body weight). Compound 14 did not affect the weight of those mice on the normal diet.

Dr Felino Cagampang, Associate Professor in Integrative Physiology at the University of Southampton added, “Current treatments for type 2 diabetes centres on elevating circulating insulin levels or improving the insulin sensitivity of an individual. The issue is that established drugs do not successfully enable patients with type 2 diabetes to achieve glycaemic control and some can even result in weight gain, a leading factor driving the diabetes epidemic. In contrast, this new molecule seems to reduce glucose levels and at the same time decrease body weight, but only if the subject is obese.”

The next step for the researchers is to develop the molecule further to examine the effect of long-term treatment and its mode of action in improving glucose tolerance and in reducing body weight.

The study findings are published in Chemistry and Biology.