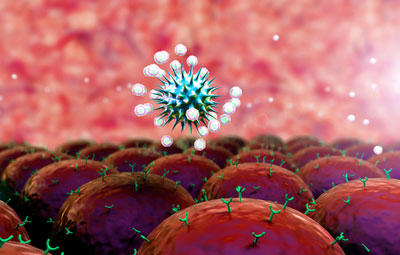 Researchers have identified a new mechanism that the tumour suppressor protein p53 uses to trigger cell death via apoptosis.

The researchers, led by scientists from St. Jude Children’s Research Hospital, have also shown how the process could be harnessed to kill cancer cells.

Investigators showed how p53 acts in the cytoplasm to trigger cell death by binding to and activating a protein called BAX. Using the tools of structural biology, researchers discovered the process involves a shape change in one of p53’s amino acids that serves as the “switch” to activate BAX and trigger the suicide or apoptotic pathway. The scientists also identified the enzyme in the cytoplasm that promotes the change that controls the “switch”.

P53 is widely known for its role in cancer prevention. The protein, or the pathway that controls p53’s function, are inactivated in most cancers. P53 is best known for working in the cell nucleus as a transcription factor, regulating apoptosis by controlling expression of specific genes, including those involved in apoptosis.

P53 also exists in the cytoplasm. Previous research suggested that p53 works there through the BAX protein to trigger programmed cell death or apoptosis. Until now, however, the mechanism involved was unknown.

The findings represent more than a decade of research by the laboratories of Kriwacki and Douglas Green, Ph.D., chair of the St. Jude Department of Immunology, into how p53 acts in the cytoplasm to modulate apoptosis.

“The p53 protein is almost universally regarded as working in the nucleus and was thought to have no function in other parts of the cell,” Green said. “Our study provides the first biophysical insights into how p53 can have another function, one with important consequences for cancer.”

Like up to half of all proteins, p53 includes both structured and disordered regions. Investigators showed that both play a role in BAX activation in the cytoplasm.

The disordered region of p53 forms a second bond with BAX, activating it

The process starts when a structured region of p53 region known as the DNA-binding domain binds to BAX. That sets the stage for the unstructured region of p53 to form a second bond, which activates BAX and triggers apoptosis. “There were no previous reports of this disordered region of p53 binding to BAX, so the finding that this region was the key to BAX activation was a total surprise,” Kriwacki said. A “disordered region” of a protein is a segment that does not adopt a single shape but remains flexible and constantly switches between different shapes until it encounters a partner like BAX.

The disordered p53 segment included the amino acid proline, which can change between two shapes, particularly in the presence of the enzyme Pin1. Using a structural technique called NMR spectroscopy researchers showed that the proline shape change promotes the p53 binding and activation of BAX.

St. Jude researchers hope insights from this study will help them develop small molecules that can mimic the shape “switch” and trigger apoptosis in tumour cells.

The research findings are published in Molecular Cell.