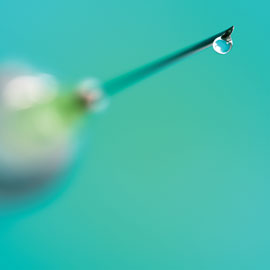 Norovirus is one of the leading causes of infectious gastroenteritis and the number of infected people reported is increasing both in Japan and globally. While norovirus vaccine has not been approved in any countries, approximately 200,000 deaths of children are reported in developing countries every year*. Although there are few mortal cases in industrialized countries, development of norovirus vaccine is expected because medical economic loss as a result of infection is significant. In the Immunization and Vaccine Committee the Health Science Council of the Ministry of Health, Labour and Welfare, held in December 2013, norovirus vaccine was selected as one of the vaccines with a high development priority.

Under the terms of the agreement, UMN Pharma will provide Daiichi Sankyo with recombinant norovirus Virus-Like Particle (VLP) antigen which has been produced by a cell-culture manufacturing method employing the Baculovirus Expression Vector System (BEVS), a unique next-generation technology platform for manufacturing biopharmaceutical products. Daiichi Sankyo will conduct a basic research to determine the possibility to develop norovirus vaccine with a novel device.

Bringing together the innovative technologies that each company possesses, Daiichi Sankyo and UMN Pharma will contribute to the enrichment of the quality of life in Japan and globally through research and development of new vaccines.