In a new rodent study, researchers show how delivering exosome-educated macrophages (EEMs) can accelerate the repair of ligament damage, while simultaneously reducing inflammation and scarring. 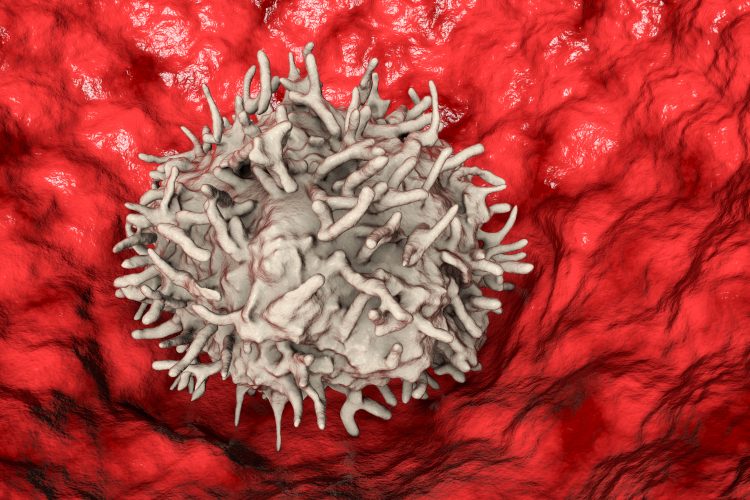 According to researchers, ligament injuries affect thousands of people, both athletes and regular citizens, every year. The recovery process is long, painful and some may never regain full function due to scar formation, which also makes ligament injuries prone to further damage.

To overcome these issues, researchers have been developing a novel cell therapy using exomes – cell membrane sacs which transport proteins and genetic information between cells – and exosome-educated macrophages (EEMs) – a type of white blood cell that kills microorganisms and removes dead cells and can also stimulate other immune system cells to help in healing.

In a previous study, the researchers who developed the therapy demonstrated the potential of EEMs to repair tissue in a murine model of Achilles tendon damage. In this paper their EEMs were generated by exposing CD14+ macrophages to mesenchymal stromal cell (MSC) derived exosomes.

“Our previous study was done on a mouse model,” said corresponding author of the new paper published in STEM CELLS, Dr Ray Vanderby, professor of orthopedics and rehabilitation at University of Wisconsin-Madison (UW-Madison), US. “While the results were superior when compared to treatment with MSCs, the functional/mechanical benefit of the exosomes was not as obvious as with the EEMs. This led us to our current study goals.”

First, the researchers wanted to reproduce the healing effects of EEMs in a different rodent model – a rat medial collateral ligament (MCL). The MCL is a ligament that runs along the edge of the knee. “We hypothesised the EEM treatment would reduce inflammation and accelerate ligament healing, similar to our previous tendon results,” Dr. Vanderby said.

They also wanted to study the effects of exosome therapy on the rats’ MCL injuries, hypothesising that MSC-derived exosomes could also improve ligament healing and reduce scar formation. 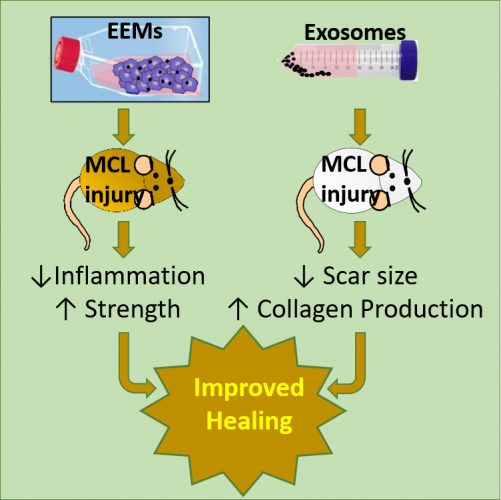 In their experiments EEMs improved MCL function and increased the number of M2 macrophages, the type associated with tissue repair and wound healing. The exomes also elicited a biological response – most notably, an increase in collagen and a reduction in scarring. “The ability of exosomes to reduce scar formation and upregulate collagen type expression has been documented in tendon healing models, but to our knowledge this is the first study to report this in ligaments,” Dr Vanderby said.

“This study is an exciting advance in the field of mesenchymal stem cell (MSC)-derived exosomes,” said Dr Jan Nolta, Editor-in-Chief of STEM CELLS. “The demonstration by this excellent group that exosome-educated macrophages can play such a major role in both tendon and ligament healing has exciting potential for improving the trajectory of healing of human athletic injuries.”

The team are now questioning whether in addition to promoting healing in ligament- and tendon-related injuries, EEMs and exosomes might be applied to other scarring debilities. Of special interest to this group is how they might be used to treat a wide range of degenerative and sport-related orthopedic conditions. However, they suggest that EEMs and exosome could be investigated in a wide range of other applications as well, such as radiation damage to the bone marrow.

“EEMs and exosomes each have attractive characteristics as therapeutics,” noted co-corresponding author, Dr Peiman Hematti from UW-Madison’s Department of Medicine. “As a cell therapy, EEMs will not proliferate or differentiate to undesirable cell types, which remains a concern for many stem cell therapies. Moreover, EEMs could be generated from a patient’s own monocytes using off-the-shelf exosomes, resulting in a faster and more facile process compared to autologous MSCs. Alternatively, exosome therapy could be a cell free, shelf-stable therapeutic to deliver biologically active components.”

Dr Vanderby concluded: “Altogether, we believe our studies’ results support the use of EEMs and/or exosomes to improve ligament healing by modulating inflammation and tissue remodelling.”