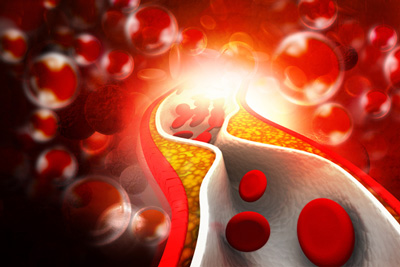 Scientists have created a cholesterol-lowering vaccine that leads to reductions in LDL cholesterol in mice and macaques.

The scientists behind the study say the vaccine has the potential to be a more powerful treatment than statins alone.

LDL cholesterol is a fat-like substance that circulates in the blood; if there is too much cholesterol, the arteries can become blocked, leading to heart disease and stroke. Diet and exercise are key to keeping cholesterol down, but millions of people worldwide take statins to lower their cholesterol. Statins have some potentially serious side effects, such as muscle pain, an increased risk of diabetes and cognitive loss.

The new vaccine could provide an alternative to statins, by targeting a protein that controls cholesterol levels in the blood. A single vaccine has been shown to reduce cholesterol levels dramatically in mice and macaques, suggesting it could be an effective treatment in humans.

“One of the most exciting things about this new vaccine is it seems to be much more effective than statins alone,” said Dr Bryce Chackerian, University of New Mexico.

The new vaccine targets a protein called PCSK9, which regulates the cholesterol in the blood. The protein works by encouraging the body to break down receptors that cholesterol binds to when it’s flushed out of the body. People who have a mutation in the protein often suffer from increased risk of heart disease, and people who do not produce the protein have a decreased risk. By targeting this protein, the vaccine can stop it from functioning, lowering the amount of cholesterol in the blood.

The researchers tested the vaccine in mice, which showed a reduced level of LDL cholesterol. They then tested it in a small group of macaques, along with statins, resulting in a dramatic decrease in cholesterol.

“Statins are still the most commonly prescribed medication for cholesterol. Although they are effective in many people, do have side effects and don’t work for everyone,” said Dr Alan Remaley, National Institutes of Health. “The results of our vaccine were very striking, and suggest it could be a powerful new treatment for high cholesterol.”

Several drug companies have been developing high cholesterol treatments that target PCSK9 — for example, Alirocumab and Evolocumab, which the FDA recently approved. Results have been positive, but their treatments, which use monoclonal antibodies, are prohibitively expensive; treatment costs upwards of $10,000 per year.

The new vaccine appears to be even more effective than these monoclonal antibody-based treatments, at a fraction of the cost. The researchers now plan to expand their studies in macaques and find commercial partners to move the technology forward.