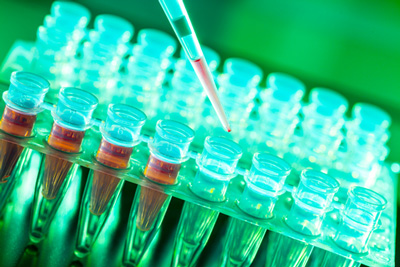 They also found that cell cultures from cystic fibrosis patients respond well to the treatment.

Cystic fibrosis is caused by mutations in the CFTR gene. This gene contains the production code for a protein that functions as a channel through which chloride ions and water flow out of cells. In the cells of cystic fibrosis patients, these chloride channels are dysfunctional or even absent, so that thick mucus starts building up.

“A few years ago, a new drug was launched that can repair dysfunctional chloride channels”, Professor Zeger Debyser explains. “Unfortunately, this medicine only works in a minority of cystic fibrosis patients. As for the impact of gene therapy, previous studies suggested that the treatment is safe, but largely ineffective for cystic fibrosis patients. However, as gene therapy has recently proven successful for disorders such as haemophilia and congenital blindness, we wanted to re-examine its potential for cystic fibrosis.”

That is why Dragana Vidovi and Marianne Carlon examined an improved gene therapy treatment based on inserting the genetic material for chloride channels — coded by the CFTR gene — into the genome of a recombinant AAV viral vector, which is derived from the relatively innocent AAV virus. The researchers then used this vector to ‘smuggle’ a healthy copy of the CFTR gene into the affected cells.

Both in mice with cystic fibrosis and in gut cell cultures from cystic fibrosis patients, this approach yielded positive results. “We administered the rAAV to the mice via their airways. Most of the CF mice recovered. In the patient-derived cell cultures, chloride and fluid transport were restored”.

Earlier this year, a study of non-viral CFTR gene therapy in 136 patients with cystic fibrosis, carried out by the UK Cystic Fibrosis Gene Therapy Consortium, demonstrated encouraging results. Patients in that study were treated by inhaling molecules of DNA wrapped in fat globules (liposomes) that deliver the gene into the cells in the lung lining.