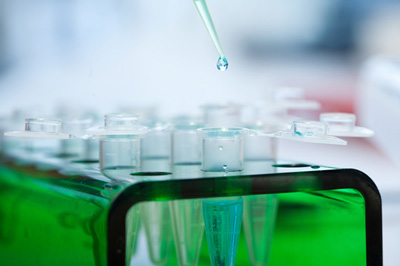 ReproCELL has acquired the Scottish life sciences company, Biopta, and its US subsidiary, Biopta Inc., for approximately £5.5 million.

The transaction, expected to complete next month, is aimed at strengthening ReproCELL’s pharmaceutical industry-targeted drug discovery services. The acquisition will also see an immediate investment to expand Biopta’s range of contract research services. Biopta, which will continue to operate from its headquarters in Glasgow, aims to grow its workforce to 30 over the next three years and Biopta’s management views the synergies within the ReproCELL Group of companies as key to its growth ambitions.

Commenting on the announcement, Dr David Bunton, Biopta’s co-founder and CEO said, “The acquisition by ReproCELL is a great opportunity to build on the solid platform we have in outsourced drug discovery services. Scotland is known for the quality of its scientists and customer service and ReproCELL’s investment recognises these strengths. We have had a close partnership with BioServe, another ReproCELL Group company, for the past five years, which has helped us establish a very successful US subsidiary. We see the acquisition as the natural next step in the growth of the UK and US businesses.”

ReproCELL’s CEO, Dr Chikafumi Yokoyama said of the acquisition, “This will allow our company to increase our market share by expanding our lineup of drug discovery support products aimed at the pharmaceutical industry and accelerate the development of ReproCELL’s new products and services.”

Biopta was spun out of Glasgow Caledonian University in 2002 by its co-founders, Dr David Bunton, its CEO, and Professor Chris Hillier, with the aim of addressing the high failure rate of drugs during clinical trials through the use of ethically-sourced human tissues. The use of human tissues is considered more predictive of human responses to medicines than animal experiments and is part of a growing move by the pharmaceutical industry towards “non-animal alternatives”. Moreover, the advent of “precision medicine”, which aims to deliver the “right drug, at the right dose, to the right patient”, necessitates the use of human tissue-based experiments of the type offered by Biopta, which reflect the diversity of the patient population.

Biopta has developed a network of clinical partners in the UK and USA which provide human tissue samples for its research into diseases such as asthma, Crohn’s disease and psoriasis. Biopta counts eight of the top ten pharmaceutical companies among its clients and has worked on over 500 potential new medicines.