New data supports use of Faron’s Clevegen as an immunotherapy 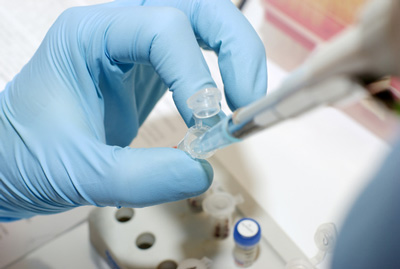 Faron Pharmaceuticals has announced the publication of data on Clever-1 function related to its novel cancer immunotherapy antibody Clevegen.

The published work outlines the functional role of Clever-1 (also known as Stabilin-1) in immune responses. The study data defines Clever-1 as a new immunosuppressive molecule and suggests that Clever-1 may dampen pro-inflammatory reactions in vivo, especially when expressed on the surface of monocytes/macrophages. Pro-inflammatory reactions are necessary to stimulate immunological attacks by the body against tumour. The study also showed anti-Clever 1 treatment (using preclinical versions of Clevegen) led to an increase in pro-inflammatory molecules, including tumour necrosis factor-a.

Clevegen targets these Clever-1 cell surface receptors which are involved in cancer growth and spread. When Clever-1 is blocked, tumour-associated macrophages (TAM) cannot enter the tumour site and their function in the tumour as an immune suppressive cell is diminished. Both these events change the tumour environment from immune suppression to immune stimulation, allowing the host immune system to fight the tumour cells.

Markku Jalkanen, CEO of Faron Pharmaceuticals said: “We are very excited about these findings which demonstrate the importance of Clever-1 as an immuosuppresive molecule and supports the use of Clevegen as an immunotherapy product. Our collaborators are working actively to show similar suppression with cells from cancer patients. We are working hard to advance our Clevegen programme, as announced recently, towards clinical use as a new onco-immunological alternative.”

Clever-1 can be found on selected endothelial cells and alternatively activated M2 macrophages, especially when present in tumours where they are called tumour-associated macrophages (TAM).

The reported functional experiments with monocytes/macrophages expressing either low or high amounts of Clever-1 resulted in a clear difference in antigen-mediated immunity (Th1). The experiments with Clever-1 blocking antibodies (preclinical versions of Clevegen) revealed a very significant increase in Th1-mediated immune response under their influence. High numbers of Clever-1-positive monocytes/macrophages were also found in the blood and placenta during normal pregnancy. This suggests that the Clever-1 positive monocytes/macrophages can contribute to the immune tolerance between an embryo and maternal tissues, which is needed to prevent rejection of the foetus.